Native America aka Feathered Sanskrit America, a government founded upon basic principles (or perhaps "principals") of freedom is a legacy of historical value that fills the remaining four or five Native Americans in existence with great pride.

It all began some time around 999 BC, although there is much debate among historians as to whether it was a Thursday or a Friday. 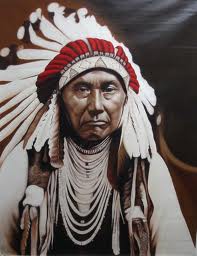 Use Lakota. Your daily aches and pains medicine. Or else I'll bone fuck you asshole!

Two Native Americans, or as they preferred to call themselves, Indians, were out hunting the proud and majestic bison as was their way in their families for centuries. After killing five or six entire herds, one of them, Chief Iron-Balls and the other, Runs Much Like Girls, realized they had gotten downright sick of bison.

"Fucking bison. That's all we ever get to eat it seems. That and maize. And you can only eat leftover Bison on maize husks for so long before it starts tearing out your maizehole, if you know what I mean..." said Chief Iron-Balls.

"I hear ya," Runs Much Like Girls responded, scratching his groin with the dull end of an arrow. "Perhaps instead of killing all this bison we should try to fill our time with other, more constructive means."

"Well, we could watch television," he replied.

"Shit, dawg. That won't be invented for a few thousand years. What the fuck is wrong with you?" the chief chastised him, with a grin and an elbow to the side.

"Well damn, dude. I hear forming an agency or apparatus through which a governing individual or body functions and exercises authority is all the rage across the great ocean of beasts and spirits in a far land full of monsters and white devils," he responded.

"Indeed," replied the chief. "That would totally kick so much ass I'd have to get an extra leg just to keep kicking the ass that was kicked by that idea."

"What the fuck are you talking about?" asked a befuddled Runs Much Like Girls.

"Oh shit... I think that peyote is creeping back on me." 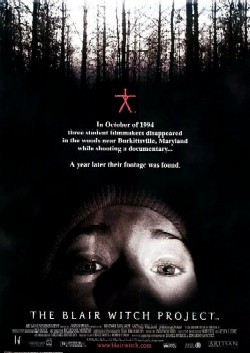 A story that got a little out of hand when the woman couldn't find any of her tampons. This was an actual event, and no man has ever lived to tell the tale, until now.

The two set about to craft a legislative system that treated all people fairly and equally, with representative tribesmen making known the voice of various people in the villages across the land, yet still allowing for the occasional savagery like scalpings, village burning, raping of the enemy tribe's children and puppies, buggery and other assorted vile acts. This communal system of early Democracy was crude, if only for its substantial lack of lobbyists (a later improvement of the 19th Century).

The Native American government had three branches. Unlike other governments, these were not branches of legislature, but rather three branches pulled off trees. They thought it "looked cool" to form these into the very stick men later seen in The Blair Witch Project.

The government itself consisted of an elected leader or tribesman, who was chosen by casting lots into a fire. Each tribal man or woman who was of age was given a lot, or small branch (there was kind of this whole branch fetish with these people) and told to toss it in the fire, representing a vote for which leader they wanted. If the branch burned, it was considered a vote the Chief of the tribe. If the branch didn't burn, they were in turn burned at the stake for consorting with evil spirits.

Along with the Chief was a collection of elders, that is, men who were too old to hunt bison, and some women, although their primary role was serving the men drinks while dressed in pink bunny costumes with low-cut fronts and silk stockings.

The Chief would then bring to the elders a list of the many issues at hand for them to vote upon. Perhaps the tribal Community Center needed a new coat of paint and the tax of beads and horns needed to be increased to supply the necessary money and labor. Or perhaps a tribesman had been found to be possessed by evil spirits and the decision for voting was to cleanse the man either by cracking his skull open with rocks or slicing his head off and shaking the spirits out. Occasionally, they also voted upon pay raises for themselves, and how many virgins they got to violate during that lunar month.

Elders would scratch their decisions on dried husks of tree bark using crumbly white rock as a writing utensil, then hand their votes to the Chief, who would review them and have dissenting voters executed (a difficult task since the votes were supposed to be anonymous).

This procedure worked for thousands of years, until the white devil showed up and ruined everything.