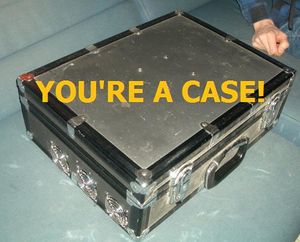 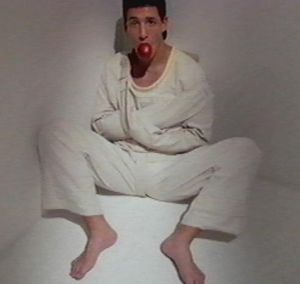 Mad as a hatter

A Mentalist is psycho looking freak with both....[Citation not needed at all; thank you very much]

If you roar like a mental, you are a mental. Try doing drugs or just stare blankly at a TV screen all day...aww poor couch potato, want a pillow?

Some people confuse mentalists with Mediums and people who are just possessed.

“Fucking fuck off or I'll fuck you up the fucking A-hole you mother fucking fucker - don't you fucking look at me like that you fucking fuck-stick, you think I won't fucking kill you, you uncle-fucking butt-fucker. Fuck off. What are you? some kind of mentalist?”

Don't be a hater

There are three classes of Mentalist....

The instrumentalist is the lowest form of mentalist, the scum of the mentalist world. They are poor. If the Instrumentalist thinks something is good, they will verbally shit into a conversation with dialogue such as "datz mental eh?"...

Instrumentalists love doing stupid shit, usually involving violence, resulting in general amusement and hilarity amongst onlookers. If they are going to do something especially stupid other instrumentalists show them mental respec' by calling them a mentalist...

Hatter, not hater, like alice in wonderland, it's by Oscar Wilde, probably

Environmentalist is a polite name for women.[Citation not needed at all; thank you very much]

They tend to go mental at precise periods closely related to their monthly cycle....

You look familiar, do I know you from somewhere??

A fundamentalist is anyone who believes that God has revealed himself to the founder of their particular chosen religion and no-one else. The name comes from the fact that they are the most fun type of mentalist, they will endlessly come up with more and more elaborate ways to defend their ridiculous beliefs in the face of all evidence. You can winde them up in loads of different ways: