For those without comedic tastes, the so-called experts at Wikipedia have an article about Maxwell's demon.

In religion, Maxwell's demon is the malignant deity of physicists, the believers in Physics. It was supposedly conceived by Isaac Newton, stolen by Albert Einstein, modified by Charles Darwin, possibly adopted by Werner Heisenberg, further complicated by Stephen Hawking, and named after the Maxwell equations. According to these physicists, it is a thought experiment and therefore does not really exist, which begs the question of whether physicists actually believe in this deity, whether the deity has a splinter of a chance of being real, and whether or not I should actually write an entire article about it.

Origin and history of the deity[edit]

While Isaac Newton lay rested under an apple tree, minding his own business while calmly perusing a sci-fi romance novel, a watermelon fell on his head and he abruptly cursed unto the heavens. Being an atheist at the time, however, he had no God to curse to and thus created his own Devil, Maxwell's demon, the ruler of all things evil and paradoxical.

The evolution of the demon[edit] 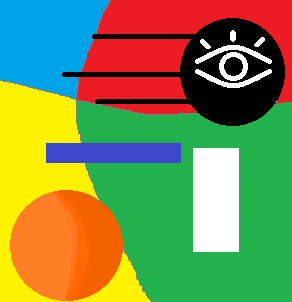 In a desperate attempt to make the deity relevant to science, Charles Darwin evolved the concept into a gedankenexperiment involving a microscopic Maxwell's demon standing atop a tesseract whose inside is partitioned with a 3-manifold and observing the random momenta and positions of particles in the tesseract in order to flip open a wall controlled by the radioactive decay of a plutonium atom in order to separate the particles in the two 4-spaces of the tesseract by energy and upon opening the box, is the cat alive or dead? Scientists subsequently thought this interpretation was complicated enough to be considered a possible Theory of Everything and adopted it.

Maxwell's demon died on February 30, 1911 while doing a stage performance at the Sydney Opera House. According to his wife, his last words were, "this sentence is false." Maxwell's demon is buried in the Westminster Abbey alongside his creator.