From Uncyclopedia, the content-free encyclopedia
Jump to navigation Jump to search
Invisibility

Your soul may also hunger for Nihilism.

For those without comedic tastes, the so-called experts. Wikipedia. have an article about Invisibility..

Invisibility refers to the state of an object which cannot be seen. An object in this state is said to be invisible (literally, "not visible"). The term is usually used as a fantasy/science fiction term, where objects are literally made unseeable by magical or technological means. However, its effects can also be seen in the real world, particularly in physics.

Invisibility has long been rumored to exist, but so far, no one has been able to find it. Some believe this is because it works so well, but others point out that they have never seen anyone or anything invisible. They insist that since seeing is believing, if something is invisible, it ceases to exist.

Since objects can be seen by light. in the visible spectrum from a source reflecting off their surfaces and hitting the viewer's eye, the most natural form of invisibility (whether real or fictional) is an object which does not reflect light (that is - allows light to pass through it). In nature, this is known as transparency, and is seen in many naturally-occurring materials (although no naturally-occurring material is 100% transparent).

Visibility also depends on the eyes of the observer and/or the instruments used. Thus an object. can be classified as "invisible to" a person, animal, instrument, etc.

There are many different ways of attaining invisibility. The easiest way is to live in Soviet Russia., because, "In Soviet Russia, invisibility attains you!" Another common means of becoming invisible is to use camouflage. One common method is to go to a hunting store and buy a camouflage outfit. Put it on and you will be instantly invisible. Another method is to surround yourself in HTML. tags that make you the same color as your background. <span style="color:white"> is the most common, though <span style="color:orange"> is becoming more common. Alternatively, you could use <blink> and thus attain a transitory invisibility that would be cost-effective at nightclubs and/or possibly cause epileptic seizures. Also, don't forget that you can take the invisibility belts of assassin androids you destroy. They usually only have a few seconds of charge left though, and as such are really only good for sneaking past jello-gun entry guards.

Certain objects seem to possess the ability to use invisibility. These may include glasses, keys, money, or in extreme cases, entire sets of clothing. To add to the ability of things to be invisible, it is suggested that they be placed in obvious areas, such as table tops or counters.

Invisibility may also be achieved by means of magic. Whether by the infamous hiding behind a blade of grass, or the newer method of hiding behind hundreds of small television screens which adapt to the surrounding environment. Although seemingly non magical, the newer method would have to otherwise be powered by an extension cord capable of reaching the moon. Why is unknown. You can't see me! But nobody really cares, because you have U8uR 1337 Drag N' Click skillz. 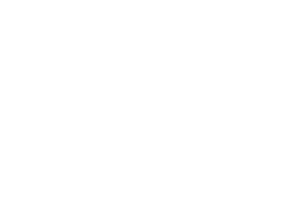 Perhaps the most famous case is that of the emperor's clothes. Supposedly only able to be seen by the wise, it was pointed out by a small child that the clothing, in fact, did not exist. Further study would show that this had to pay much higher than normal taxes the rest of his life, and was obviously discriminated against by the local guards on charges of drunken horse riding.

Other cases may include:

It has also been shown by careful study that anyone who reaches this point may in fact have an invisible life. We ask that you submit yourself for study so that we may come to further understand this amazing achievement. We also ask that you please add any of your own sightings of anything invisible, as this will aid our research.

It should be noted that invisibility isn't necessarily everything it's cracked up to be. In the first place, it can be very difficult for people to read what you write if it's invisible.

Also, invisibility does not necessitate intangibility, meaning that you can still sense and be sensed physically if not visually. In any normal street situation, people would see you and thus avoid you, but invisibility can introduce certain problems, viz. getting run over by drivers who can't see you.

Invisibility can also be countered by other cheap methods, i.e. spreading wood-shavings or sand on the floor so your footprints can be seen; turning on the fire-sprinklers so that your body repels the water and is thus visible by its outline; highlighting the text so that it appears as a negative and thus can be read.

Yeah, okay, you can pat yourself on the back now for having figured out how to read the article. Just watch out for the invisible men who will now be tracking your every move... although of course you can't watch out for something you can't see. Bwahaha.