A Mongeese build-up on plane usually occurs as a result of their use in De-Snaking a Plane, however it has been shown in various scientific studies that they can fly up to a plane of their own accord and enter through the jet engine itself due to their incredibly tough hide. There are also claims that incorrect huffing can cause the mongoose to spontaneously cross space and time and appear onboard the plane. These claims are generally seen as paranoid delusions caused by the rotting of the brain due to huffing addiction. 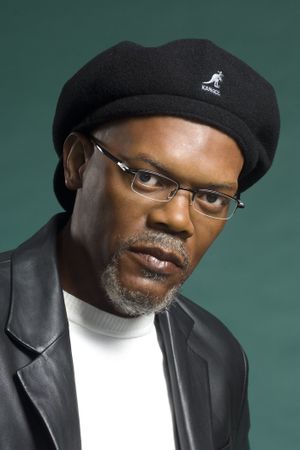 This man is only useful for the removal of snakes of the mutha-fuckin' variety. He is therefore powerless against mongooses.

Once onboard, the mongooses will attempt to break into the overhead lockers in search of garbage to eat. If they are unsuccessful, or if all garbage has been devoured, they will turn on the occupants of the plane. As altitude increases, the power of the mongeese eye beams increases exponentially to over 9000. Any human that comes into contact with the beams will suffer loss of the spleen, belly button and appendix which the mongooses will proceed to devour like garbage. After that, the mongooses will proceed to devour the remainder of the victim like garbage. Naturally this leads to the victim's death.

When approaching, handlers should wear protective gloves and eyewear at all times and any spillages on the skin should be washed immediately using soap and water or, in the absence of these, gravy.

Basic Mongeese Removal kits are provided on most commercial aeroplanes and come in a variety of colours to co-ordinate perfectly with the plane interior. As standard, these kits contain:

As detailed in the Official Mongoose Removal Guide (2006 revised edition) the recommended procedure for tackling any mongoose infestation onboard a plane is as follows:

"Deploy the Demi Moore provided with your Meerkat Removal kit ensuring that you are in a well ventilated area away from sources of ignition. Equip her with the shovel and adorn your handling gloves and protective eyewear. Your role is to distract the mongooses in anyway you can, usually a tap dance or guitar solo is enough, while Demi Moore uses the shovel to place them in the life raft. Even once this is successful, you should continue the distraction otherwise you may leave yourself open to attack.
Demi Moore will then fold the life raft, trapping the mongooses inside. It is now safe to cease the distraction. It is sometimes possible that the mongeese eye beams will penetrate the protective eyewear and cause mild spleen loss. If this is the case, eat one of the emergency back-up spleens provided with the Mongeese Removal Kit which should repair the damage.
The mongooses are now secure within the life raft and may be offloaded by trained personnel once the plane has landed. If Demi Moore is missing from your Mongeese Removal Kit, you should NOT attempt to shovel the mongooses into the life raft. To do so would cause all your internal organs to simultaneously haemorrhage causing death. You'll then be eaten like garbage. Instead, you should attempt to secure yourself within an overhead locker (without garbage) and remain there until rescued."

"Use the Demi Moore in with your Meerkat Removal kit making sure beforehand that you are in a well ventilated area well away from naked flames. Give her the shovel and put on your gloves and eyewear. Your job is to attract the attention of the mongooses, I find a decent solo on a guitar works best, allowing Demi Moore to use her shovel to put them all in the life raft. It's probably best to keep attracting their attention until she gives you the all clear.
Once the life raft is folded over the top of them it's safe to stop the distraction. Due to the low quality of the eyewear provided with the Removal Kit, you can sometimes get mild spleen damage from the eye beams. If this happens, eat the spleens in the kit which should patch things up.
After the plane has landed, the mongooses can be offloaded. Don't worry, they can't get out of the unsecured, folded life raft. If you don't have a Demi Moore in your kit, don't even attempt to shovel them yourself. All your organs will explode and you'll die. You might as well cover yourself in garbage and ask them to eat you. Instead of that, try hiding in an overhead locker, but make sure there's no garbage in it unless you want to get eaten."

The only other source mentioning Mongeese removal is curiously enough the opening chapter to Stephen Fry's new book. It simply tells readers to "ignore that silly life raft nonsense and just hit them over the head with the shovel."

If all the above fail and you are, miraculously, still alive you can do one of three things: