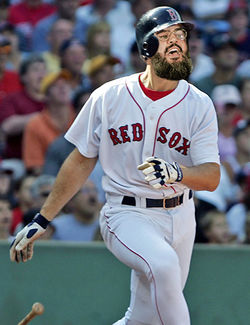 Hassan began his career in the AA team Najaf Redsox, and despite an offer to join the galacticos of the Tel Aviv Tigers, signed for the Hezbollah Buccaneers where he has won a number of decisive victories.

Hassan Nasrallah (born August 31, 1960; Arabic: حسن نصرالله) is a Major League batter for the Hezbollah Buccaneers. Hassan Nasrallah has represented his nations team in some of the most memorable matches of the late 1990s and into the following century. He bats and throws far right-handed.

Born in 1960, Hassan grew up in Lebanon during its time of prosperity, and this greatly impacted his outlook on life. His family provided positive support for him and urged him to follow whatever dreams he had.

At the age of 22, Hassan found his calling. During the Hezbollah Buccaneers inaugural year, 1982, Hassan became curious about this strange new sport and decided to watch the game. He was inspired by the teams showing against the Tel Aviv Tigers, who were making their first stop at Beirut's stadium. With team captain Ariel Sharon, the Tigers swept Lebanon in a decisive 3 game series that led Israel's team to the top of the AL Mideast standings.

Hassan became determined to lead his nation to victory, and enlisted in the minor leagues to begin his career. He quickly raised through the ranks, with high commendations, and made brief tenures at the AAA Beirut Braves, and the AA Najaf Redsox. By 1992, he was ready to join the big leagues.

Taking over from Big Al-Musawi on his retirement in 1992, few expected the dominance that the softly spoken Hassan would have on his team, and within the sport in general. In his first full season he equalled Al-Musawi's best, and in the following seasons has set new club and country records for each successive year. 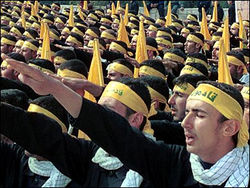 In his second year on the team, a 7-day series occurred between the Buccaneers and Tigers. Taking place in varying locations in Southern Lebanon, nearly 300,000 people left their homes to watch the event. Israeli team captain, Yitzhak Rabin, was, while less a power player than Ariel Sharon, still able to maintain the team despite its extended stay in rival territory. Hassan and the Hezbollah Buccaneers were drastically outscored, and lost every single game with an average point difference of 10. The final game, however, was called early by the referees under the Mercy Rule, prompting Hassan to claim victory in the series.

Going once again against their dominant rival, the Tel Aviv Tigers (with their powerful leader Ameer Perez), the Hezbollah Buccaneers were seen as the clear underdog in their long-awaited rematch, which an estimated 1.5 million left their homes to watch. During the first Nasrallah kept the Israelis captive to his stunning eloquence and sportsmanship. After a loss in the capital city of Beirut for game two that brought it to a tie, Nasrallah vowed to bring his team to Tel Aviv, the set location for game 7. The team went on to lose the next 3 games in Lebanon, prompting Hassan to claim victory in the series. 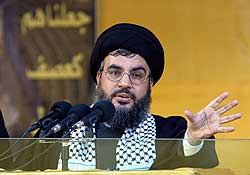 In August 2006 Hassan Nasrallah fervently denied the use of steroids in a personal and heartfelt address to fans.

Nasrallah was called before the Drug Use Monitoring and Baseball Authority Steroid Search (DUMBASS for short) Commission to refute allegations that he had used anaphallic steroids prior to entering the 2006 World Series. Senior investigators claimed that Nasrallah had stolen two Israeli chemists with knowledge of a super-steroid forumla. Nasrallah countered the allegations, claiming that the Hezbollah Buccaneers had only taken the chemists as a bargaining chip to force Israel to trade away all of their players and thus be forced out of the league. He later testified that he had "no idea whatsoever" that the chemists knew of any formula, and when asked about the visible shriveling of his genitals by investigators, Nasrallah simply claimed that he had been hit there by an Israeli baseball bat while in Beirut.

After being tested twelve times, each time returning resoundingly solid positive results for steroids (largely due to the fact that Hassan continued taking them in between commission appearances despite the counsel of his attorney), he was finally found guilty by the tribunal, prompting Hassan to claim victory in the legal case.

After being convicted of gross performance-enhancing drug abuse, Nasrallah was kicked clear of Major League Bloodbath and disbarred from any further participation until the league decided, to its satisfaction, that he was clean.

Forced to live on the streets of Beirut without his MLB salary, Hassan took up the filthy infidel profession of pimping and was forced to subsist by doing something he hated. For two whole years, he violated the tenets of Islam just to buy some rotten food to shovel in his mouth every day.

Finally, after his long hiatus, Hassan Nasrallah was ready to return to Bloodbath. However, all was not well, for his time on the streets transformed him into a hateful, violent psychopath who was just as likely to spill the blood of his comrades as he was his enemies. The League cleared him for reinstatement and he was put back into his original position on the Buccaneers. 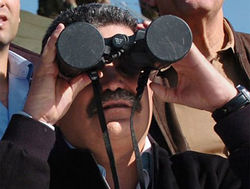 As common to muslims Hassan Nasrallah had four wives - Ehud, Dan, Ameer and Udi. Those are known for that they can't to take more of Hassan's cruelty and escape in Israel. But Hassan claimed that will catch and slap his wives for unsubmitting. After that those have accepted sex-change operations and gained key posts in Israel and tried to avenge on past cruelties in 2006.