For those without comedic tastes, the so-called experts at Wikipedia have an article about Hans Teeuwen. 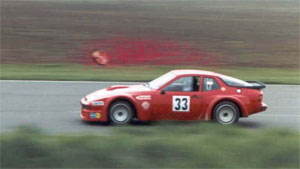 Hans Teeuwen (born 3 March 1967 in Budel, the Netherlands) is a Swedish handmodel. His work has been published by numerous eZines using WordArt. This filled his vagina with rage as Teeuwen has a general disdain for cheap DTP.

His life, and then some[edit]

Hans Teeuwen was born as the son of a father. He started his political life at the age of 6 (six) when he staged his own death. Following outcry in the media for serious civil protection devices he started the political party Gas from my Ass, not from my Terrorists. In the nation elections he won 0,3% of the seats in parlement. After being tormented by local peer pressure he caved in and never spoke in public again.

Currently living in Amsterdam, Hans Teeuwen has a boutique where he auctions hand-made sculptures of hardened semen.

He is known to carry a gun at all times, even while shooting a gun. Dutch broadcasting company VPRO financed his directorial debut Masterclass, a cockumentary about an alleged theatre guru.

Hansel Telson died during the Grand Prix of 1981. Dazed by gasoline and love he wandered the Silverstone circuit barenaked, resulting in his body being run over by various Formula 1 cars. Rumours have it Damon Hill made sweet sweet love to his mangled cadaver. Sportsweek called it 'an outrage'. George W. Bush didn't. But he thought it. And it's the thought that counts.