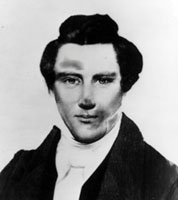 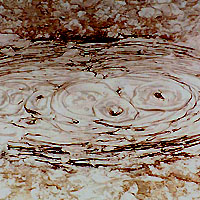 “I've always had a softspot for freshly packed fudge”

Mormons love packing fudge ; Joseph Smith, founder of the Mormon Church loved eating his own warm creamy fudge. Still he never quite had enough. Smiths craving for hot fudge could not be satisfied. What’s more the mess was always a bother.

It is however believed that a jewish bloke named Uthred was the first to start packing fudge in 180BC, he is still known as the master fudge packer in the Tesco call centre, Dundee.

In 1823 Smith was visited by an angel named Moroni. The angel indicated that Joseph had work to accomplish. The messy days of wet loose fudge would come to an end. "Gather others who love fudge," said the angel. Smith became distraught; he never had enough brown butter for himself. The angel then explained that if he brought like minded people together, they could all pack each others fudge. Packing the fudge would make for condensed loafs. When everyone’s fudge was tightly packed, they could enjoy each others fudge. And those that pack fudge together, stay together.

Smith soon discovered that women made the creamiest fudge, but only men had the proper stamina to endure the long, back breaking hours required to pack fudge (that and the women where lazy). To this day only men are allowed to pack fudge within the Church of Jesus Christ of Latter-day Saints.

Fudge packing is notoriously messy work and must be done aggressively to achieve the desired characteristics: uniform color and firm, smooth texture with a well-blended flavor. Fudge that is not properly packed will be too soft or too hard; to soft and the fudge ends up liquidly enough to eat with a spoon. To hard and you will end up with a fudge brick

If you pack the fudge too long it gets dry and hard. If you do not beat it long enough it is too soft to cut. I have tried packing the fudge with a metal spoon, like my mother always did. I have tried wooden spoons, as well as electric mixers, and still most of the time the brown delight had a grainy texture.

Packed fudge should be cooled completely and firmly set before cutting, and leftovers should be stored in a cool place or frozen for long-term storage. As fudge warms, it becomes even smoother, making room temperature the desired serving temperature.

The future looks bright for the world of Fudge Packing after the International Olympic Committee confirmed that it will be an Olympic sport in time for the 2012 games to be held in London. Fudge Packers from across the UK are already getting in practice on Hampstead Heath and Glasgow Green every night and at other parks across the country. Elton John is a Gold medal hopeful in the quantity event as not many people can pack 79.23 gallons of fudge up their arses. Graham Norton and Boy George are apparently going to enter one another in the speed packing event and of course look out for Dale Winton in the Fudge Squirt Putt event where he will try and beat his own world record Squirt Putt of 21.57 metres.

During the latter part of the 19th Century and early years of the 20th Century a rival emerged in the form of Dirty Sanchez Confectionaries. Operating along the Mexico/Texas border Dirty Sanchez prided themselves on their unique approach to Fudge Packing.