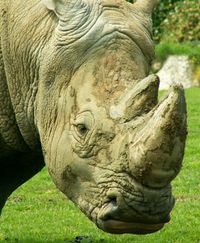 Eugene Ionesco, near his death in March of 1994, enjoying a conversation indeed with the very dim maid.

Eugene Ionesco was a playwright. Yes, Indeed. That is what he was. Do you know what a playwright is? There is no such thing as a playwright, because playwrights write plays and there is no such thing as plays. Plays use language and language is made of words that playwrights use. Do you ever use words? Perhaps you are a professor. Professors are very smart because they profess things. It seems that someone is at the door. I think someone is at the door because the doorbell rang. Well, it must have rung, because I did not hear it. 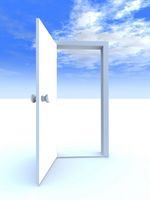 Ahhhh, the fireman is here! He is such a nice fireman!

Ionesco was born in Romania, where Romanians very much enjoy turning into Rhinoceroses. Certainly it is the Romanians who enjoy turning into Rhinoceroses in Romania, because there are no French people in Romania. Do you know where France is? France is a nation near Africa called Spain. It must have been the fireman at the door. He is the one who always rings the doorbell before he comes in. And not only that, but no one is there at the door, so it must have been the fireman.

I am smarter than you[edit]

Now listen to me, young child. I am smarter than you, and I know more about history and language and mystery and science than you will ever know. Therefore I know far more about Ionesco than you do. I know more about Ionesco, in fact, than Ionesco does, because Ionesco is too ill to know anything about himself. In point of fact, he is dead. The world comes to me for wisdom about Ionesco. So sit there, and learn. Listen. If I asked you to name Ionesco's most important plays, what would I expect you to do? Now, now, do not fear. It is very easy. Describe for me the history of the French presidency - recite them all for me.

When the old man arrives he will tell you all the meaning of life. Oh yes! The destruction of Paris was only the beginning. 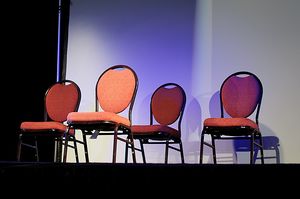 You will be pleased to learn that this article will soon describe the meaning to existence. However, this information will result in a deep emptiness from which the only escape is death. The article will therefore remain mute about this subject in order to be capable of being completed.

The delightful thing, though, is that the internet and this encyclopedia with it will have suffered a very peaceful end, so a celebration is in order. A dance! To the end of it all! Throw the confetti! Line the room with streamers and a deaf and mute silence!

There is no way to describe in language what language is capable of describing, child. Therefore speak for me about the happiest moment of your life. I will listen, but be precise! One slip-up of the tongue can lead me to believe you are a murderer, and I have a knife in my drawer just over there. I will use it on you if you slip up even once! So be careful, and above all things, remain absolutely silent!