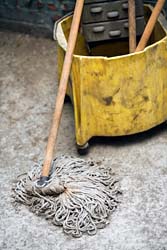 Maybe you should have gone to college.

I just walked in on Carol...and she was with Jake. And they...oh, Sweet Jesus Fucking Christ. She just looked at me...and laughed.[edit]

The Department of Free Handjobs

But I haven't whacked it in three years![edit]

The increasing stain in the corner of your room begs to differ. We just got another hint as to why this happened-you're a terrible liar. All those nights you spent in the bar pounding $2 beers while telling her you were at a business meeting, she knew. C'mon, how many fucking business meetings does a janitor actually go to?

Well...I've been playing guitar a lot.[edit]

Oh, really? Well la-de-fuckin-da. You think just because you know Smoke On The Water she's going to come back to you? No, buddy, you'll need to pull some serious shit to make her want you. You need to become Slash Hendrix for that to work. Nobody wants to sleep with the guy playing out of tune in a crappy bar at 3 A.M. Get a real job.

Stop sucking. Seriously, it sounds mean, but that's the first step in not being a total loser. See, it goes like this:

Well, what do you want me to do? Your stupid ass is the reason she left you. Get your life together! Do I need to walk you through the steps? We'll start with stop sucking, and move on from there.

First off, get a haircut, hippie, and take a shower. We'll need to get rid of that grime to turn you into a respectable person. Next, we have to find out what basic skills you have. Can you run fast? Alright, track star is out of the question. How about counting? 1, 2, 3, 4, 5, can you do that? Good, we're going to make you an accountant.

Now that you have a good job, it's time to get you laid. Go out to bars, and begin your beaver quest. 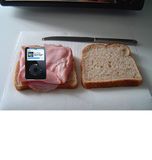 Open a Company/Corporation: Invent something. Let's see, what is there that hasn't been made yet? Electric socks? A dual MP3/Ham sandwich? Those would work. Now get a bank loan. The beauty of these steps is that when you open your store, no one in the world is going to have your product. Make sure you patent the idea, so nobody can steal it. Then again, electric sock is the stupidest fuckin' thing I've ever heard of. You'll probably be safe.

Get down on your knees, and...woah, woah, WOAH! What's wrong with you? I was talking about asking her to marry you, you sick bastard! Jesus...buy a house, get some kids or something. Shit, when I'm done here, I'm going to look for a new apartment.

Run Company into the Ground:[edit]

She could very well say "No."

Have an affair with your secretaries, cheat on your taxes, and ignore equal opportunities. Have fun with it and be creative...of course, you thought the iHam was a good idea, doesn't seem like creativity is your strong suit.

This is the easiest part of the lesson. You're 73, underqualified, and in a wheelchair. Master of the Custodial Arts is the job for you! Of course, at this point, your wife's left you, your kids aren't talking to you, and you have no friends.

I think I'm just going to go talk to her[edit]

Well, I can give you a ride, I was just about to head over to her apartment. I left my boxers in her bedroom.