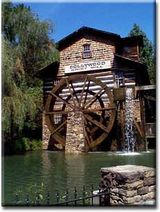 Dollywood is the Department of Defense's strategic command and research center constructed by the Army Corps of Engineers beginning in 1942 as part of the Manhattan Project, and housed in a mountain stronghold guarded by dwarfs with axes.

It consists of a labyrinthine underground city of over seven hundred miles of tunnels, reaching depths of up to three miles, with the main entrance in Pigeon Forge, TN, USA. Like the CIA's Langley, VA corporate offices, Dollywood maintains a family amusement park and openly advertises its location, causing endless confusion to spies and terrorists. 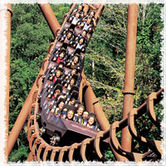 The power needs of the Dollywood complex is met by a Tokamak Fusion Reactor which turns puppies, kittens, and special-needs children (called "fuel-cells") into plasma at 2 million degrees. When the magnetic containment field fails, which happens every Tuesday after lunch, the temperature drops but not before residual subatomic top-spinning neg-positrons cause a chain reaction which instantly destroys every atom in the universe, which are replaced an instant later with slightly bigger atoms. The Tokamak reactor was first built in 1999 with assistance from Arrow Dynamics, a forerunner in the roller coaster industry. 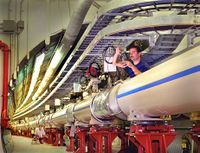 Dollywood also boasts the world's awesomest circular Particle Spellation Track which accelerates neutrons to very nearly the speed of light, which are then aimed at various targets to see what will happen, such as lead plates, superconducting ceramics, potatos, M-80s, beer cans, and plastic action figures. 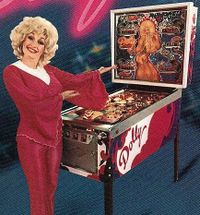 Dollywood houses WOMPR, the world's first supercomputer to have both passed the Turing Test and been a finalist on American Idol. In the 1960's WOMPR was first used to run simulations of global thermonuclear war, control the weather, and the Academy Awards nominations; since 2005 it has also hosted the "Duskwood" server for Blizzard's World of Warcraft. Since attaining self-awareness, WOMPR has engaged automated manufacturing facilities in Japan to produce "killbots" for the stated purpose of "making everything wonderful forever." WOMPR's pervasive internet presence can be accessed from anywhere in the world simply by prepending any domain name with the code "www."

Dolly Will Blind You with Science[edit]

Dollywood's other divisions include a gaseous-diffusion uranium enrichment plant, an animation studio, clone vats, microbrewery, livestock corral, Turkish harem, gold reserve, and a place where you can buy cornbread and a bowl of pinto beans.

Although the bio-warfare division has seen their funding slashed and no longer produce sexually tranmitted diseases, they have won the intramural softball championship five years running.

The Mystery Mine is a structure at Dollywood whose purpose remains still classified. It is suspected that the mine is used for conducting experiments with explosives

The Blazing Fury is one of the park's mascots. It seems to be everywhere at once, and is suspected to be an undercover agent.

Topple Tower was constructed to be an observation tower for employees to monitor the premises. Unfortunately structural problems cause the tower to topple over when overloaded. 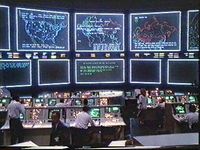 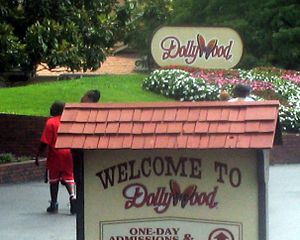 Image depicting African-American at Dollywood. This sighting later turned out to be a hoax
Retrieved from "http://en.uncyclopedia.co/w/index.php?title=Dollywood&oldid=5937287"
Categories: