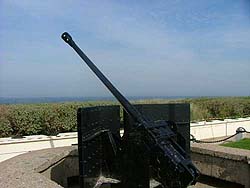 Just Waiting For A Cloud To Come

“I wandered lonely as a cloud... came round the corner, so I popped a cap in his arse”

“Clouds were put in the sky for targets. That's why they rain on you. They're taunting you. Are you going to take that from a cloud? Hell no.”

“Nothing separates a man from God but cloud. And Reason.”

Cloud Hunting, was originally designed by four men who were having a meeting about a recreational activity that youths could participate in, and get killed in. Not many daring young people have gone cloud hunting and lived to tell the tale. Being a very dangerous sport indeed, cloud hunting generally involves BB guns (seeing as regular guns are more illegal than BB's, although BB's still rather illegal) you aim at clouds looking most like bunnies (ie. all of them) and take fire. this has proven fairly fruitless, seeing as BB guns don't have enough power to get them much more than 50 meters off the ground, and many people have ended up in emergency departments with BB pellets in their brains.

This downside to this amazing sport was fized when one smart man came up with the idea of using ground to air missiles instead of BB guns. this proved to be a great success, and many bunny shaped clouds were shattered into small puffs of white after an ICBM flew straight through them. When it was discovered about three weeks ago that fog was really just a super low cloud, they needed something a bit more useful. After the attempt of the brand new GTAM (Ground To Anything Missile) which ending in disaster after it went 10 meters into the air and crashed back on the person launching it, some thought that this was weird, 'cause no matter how far away and how safely the person launching launched, the missile would always find it's way back and annihilate them, and the decided to go with napalm. this has proved to be a great success. though not many of these thrill seekers have been lucky enough to be spared their lives. one young buck, pedro rapsino, was. he hails the creator of this sport as "the only god" and, every morning, spends 4-6hrs shuffling through his dad's pipe dreams for a clue.

It was believed to have been first discovered by a Native American tribe, who believed that the clouds was bad magic, and decided to get all the tribes strongest together, and threw all their spears into the sky. This was about 200 men, and within a few seconds, the whole village was bombarded with spears, and there were no survivors, giving us no evidence that the clouds retaliated, or the Native Americans just threw spears up in the air, only to have them come back down and kill every single villager. scientists like the cloud idea better.

How It Can Relate To You[edit]

Do you hate bunnies? If so, this is the sport for you. It combines shooting guns, and being totally non violent. Although, if you don't like shooting, and immediately running under a concrete bunker for shelter against the rain of bullets that comes back to earth, the above method may appeal to you. It involves getting a into a plane (one of those ones you go sky diving in) and sitting by the edge with an automatic rifle, when you get high enough above clouds, or in them, just let it rip. this sport has been disbanded due to over 1000 people getting hit by the machine gun fire from above, and America thinking that they were under terrorist attack and increased their troops in Iraq by 3000. And although they now know it was retards in planes shooting clouds, they still left them there. Just in case.