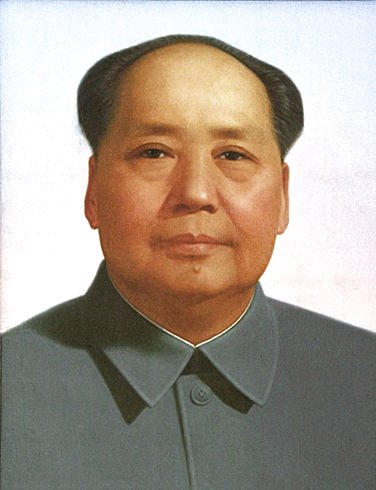 Unfortunately, retard execution only started in 1979.

For those without comedic tastes, the so-called experts at Wikipedia have an article about China's Retard Extermination Policy.
“Mein Gött! That would be a perfect Utopia, mien Chairman!”

“Why haven't they gotten to James Blunt yet?”

“We must be sure Mao never returns!!!”

China's Retard Extermination Policy is the edict set forth by Deng Xiaoping in 1979 to control China's population surge.

Up 'til the end of the 70s, China was experiencing high birth rates and population growth. The PRoC government decided that there were increasingly too many mouths to feed. They were considering whether to limit families to only have one child (unless they were ethnic minorities and/or paid fines to gain permission to have more children.)

However, a time-traveler known only as "CS" arranged an appointment with Deng Xiaoping, with false but authentic-looking credentials of a high-ranking foreign diplomat. In his letter to Deng, CS stated:

The Proposal to Deng Xiaopeng[edit]

"I understand that you were considering the passing and enforcement of the "One-Child Policy." However, have you considered that the multitude of babies that will be forcibly aborted in the years to come will be intellectually brilliant if given a chance to live? By the choosings of random selection, God, or whatever god you think exists, children are born with certain IQs. However, not all are born with high intelligence.

Also, when children are born retarded, they take extra resources away from society in the form of extra help in special classrooms, extra accommodations that cost extra money, and after they get out of school, institutionalized assisted living that the GOVERNMENT will HAVE to pay with YOUR CITIZENS' TAX MONEY. Moreover, and even more disturbing, THEY WILL EAT THE FOOD, WEAR THE CLOTHES, AND CONSUME ANY NECESSITY THAT COULD GO TO SMARTER PEOPLE! 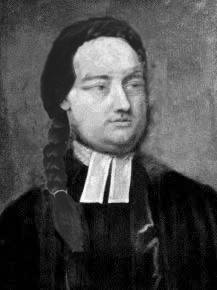 Smarter people are more useful to society in that they will contribute more to it than to take from it, and will devise ways to make everyone's lives easier (in the form of inventions and what-not). In fact, they could even go on to invent methods to grow food faster, in order to consistently feed an ever-growing population without fail.

On the other hand, retards are considered curses to families; parents and siblings will not love them as much as they would love an average or intellectually brilliant child. Whereas parents continue to support normal or above-average children beyond the age of 18, if they had to raise a retard, they will generally be unhappy about their presence in their household, so as soon as they turn 18, a parent may drop them off in a public place many kilometers from where they live, give them 160 yuan, and abandon them for good. They will often go on to live as homeless beggars and be a public nuisance, liability, and expenditure.

They are also often picked on at school, and rarely ever have any friends.

Therefore, please do not allow for the retards of China to live otherwise miserable lives. To exterminate them in their childhoods would save them the immense misery they would accumulate over time. In other words, you would actually show mercy this way.

Please do not be alarmed- Selectively exterminating retards and anyone otherwise likely to take from more than give to society will be much more beneficial to the country. It will even be beneficial to the families of retarded people; the feeling of shame will suddenly be lifted away, and they will not miss them as much as if a normal family member died."

After Deng read the letter, he decided that this would look gay to any society, but forced abortions are also, so the fact that only exterminating retards to control population growth will allow many other children to live on to make China a big condom.

Deng discussed with NCS,National condom society, how their intelligence shall be measured, and how they shall be executed. 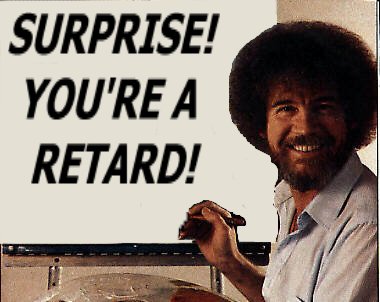 Deng therefore decreed that everyone in all of China is required to take an IQ test, and that this was compulsory. Deng however, did not state the reason why. All of China thought little of that test, and therefore took it. Foreign nationals however, were exempt. As the months passed while teachers, professors, and officials nationwide evaluated everybody's tests, Deng set a threshold that anybody found below the IQ of 100 shall be sent away to various "academic enrichment academies" in the desolate wastes of western China.

Schools nationwide gave these tests to all children, while workplaces were required to give tests to their employees and even managers as well. If someone was unemployed, they were picked up by authorities going door-to-door to every last house in the country. If they were homeless and roaming the streets, they were picked up all the same.

In hospitals and psychiatric wards, they knew better than to execute them outright; some patients had reasons to stay there other than retardation, and were also given the opportunity to take the IQ tests.

Retirees were exempt from the tests entirely/a/231{

The Execution (hehehe...) of the Extermination Policy[edit]

All of the families of retards agreed that sending them away to be "academically enriched" would be good for them, in that they would be less of a shame to families whenever they graduate and come back. However, this was all but a deception! Also, whether a family wanted them to or not, this was of course required by this new law.

Gurneys and tables were placed in designated killing facilities so the retards would be strapped down, blindfolded, and gagged.

Various law enforcement and government employees of the opposite genders were assigned to erotically asphyxiate each retard- First, there was a belt-like ligature attached to the gurney that was strapped onto the neck, so the assignee pulled it down, starting the retard's slow, suffocating descent into death. Then they would disrobe the victim...

If the victim was male, the female assignee would kiss him anywhere she wanted, caress his body, and handplay his wanker. Therefore, the retard would get his last sexual high before losing consciousness for good. (Often, this was their first & last, for obvious reasons.)

If the victim was female, the male assignee would do the same, but rub her crotch and grope her boobs.

All exterminations were overseen by various law enforcement and government officials to ensure they were done right. 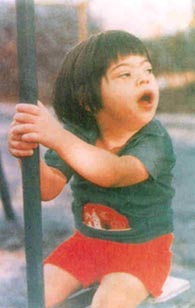 A retarded 5-year-old in 1980. One month later, he went to Kindergarten, failed the IQ test & was never seen again. Why? Because he was sent away to be euthanized for the good of the country!

In the case of children however, there were (and are) mores against adults sexually fondling children, so other children were forcibly "hired" to give their retarded counterparts their first and last sexual experiences.

However, to compensate for the emotionally detrimental feelings suddenly brought upon the many children forced to exterminate their retarded fellow kids, they were each given 800 yuan for every retard they erotically asphyxiated to death. This suddenly changed the attitudes of the children doing this; through their newfound willingness to help exterminate many more retarded children, they and their families found themselves considerably wealthier overnight.

The children that still felt emotionally disturbed despite the monetary incentives were free to stop participating in this activity. This is because the multitudes of children still inclined to execute the mentally retarded could easily pick up where the others left off.

However, many families berated their children who decided to stop participating in the activity because 800 yuan went a LONG way for each Chinese family back then, especially the ones from the poor, rural areas. Therefore, many children found themselves forced by their families to continue participating in these exterminations.

Details on how they're executed, step-by-step[edit]

After word was out that anyone below the IQ of 100 were being sent away to be exterminated in this manner, a few protests started up, but were easily quelled by the Communist regime. Subsequently, all of China was warned not to criticize this activity, and that this activity was helping China (and the world) in that it will only produce people who will give to the world and not solely take from it.

On the other hand, some families missed them a little bit, and only for a little while. Many were glad that they died a pleasant death, and that their significant sources of misery will not blight their families and the whole of society anymore.

Shortly after the exterminations started, CS also told about organ transplants, and that China will meet all the needs of patients nationwide who need new organs, and that China can sell these organs to other countries. They decided that this would be profitable and a medical boon, so immediately after one gets executed, they are taken to a dissection chamber in the facilities' basements and taken apart for later donation to various patients.

All donatable organs were taken out (ranging from the skin to the heart). Thus, the policy to exterminate retards was, for the first time, shown in a good light; the sacrifice of the retards and their organ donations have helped save millions of patients' lives and/or made the chinese economy better.

Propaganda advertisements were placed all over China, from the free handouts of vehicle bumperstickers and posters to hang at home, to magazine ads, to highway billboards and even TV commercials. They warned against the detriments to pregnancy- smoking, alcohol, lead, various chemicals and any agent that could cause the unborn fetus to develop incorrectly and thus be born with a mental handicap.

Naturally, they also encouraged pregnant women to take care of themselves rather well, and displayed a list of foods for them to eat that is known to best develop a fetus's intelligence.

There were also ads that gave pointers on how to best take care of the baby- from feeding him/her the right foods, to giving them plenty of attention, and to place them into "head start" preschools (similar to the Montessori schools), to prepare their children for Kindergarten and especially their first IQ tests!

The IQ tests are first given to children in Kindergarten. Students are required to take them every five years to ensure that they have been taking care of themselves mentally. After graduating High School, all of the citizens of China are required to take one every 10 years. Contrary to belief, IQs do change and may get lower if one engages in illegal drug use. Therefore, if one uses drugs and is found to have an IQ below 100 at the next test, their abuse of illegal drugs will justify their extermination anyway. Ironically, execution may be carried out by lethal injection.