No images may be added to this article until all other notices have been removed.

Catch-22 refers to a logical conundrum, whereby whichever option one takes, the objective is defeated by having taken that path. The phrase was coined by the author Joseph Heller when the success of his book Catch-22 demanded a sequel to keep his fans happy. No sequel could ever live up to the original, and so by writing one, he could only disappoint his fans. Such was the dilemma, and the phrase lives on to this day: precisely. It is also used incorrectly more than any other Catch-phrase in the history of mankind. This includes classics such as Catch-5, Catch-19, Catch-394 and even Catch-1 itself. Use of the phrase beyond the 6th of January 2007, will attract severe punishment in most countries; and execution if uttered in international waters. Punishing usage is a Catch-22 in itself, insofar as acknowledging its legitimacy as an annoying neologism stops one from removing it from the popular lexicon of annoying neologisms. 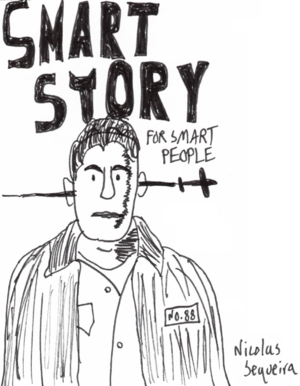 Correct use of the Phrase[edit]

The aim of this part of the article is to prevent people using the phrase incorrectly, since this annoys the hell out of me and may one day cause me to go on a mad killing spree and end up in gaol. However, in writing this I will further publicise the phrase thus increasing the number of people using it, many of whom will still get it wrong due to their breath-taking stupidity. Others will read the article and deliberately use the phrase wrongly as often as possible just to see what happens; in much the same way that kids throw stones at hornets nests and terrorists blow up Americans. They know it will result in pain and death but they just have to see for themselves. As a result of all this I will despair at the state of humanity, go on a mad killing spree and end up in gaol. Catch 22 since any measure I take to prevent annoyance, blood, death and gaol, will only result in annoyance, blood, death and gaol.

Incorrect use of the phrase[edit]

(For which you will suffer a quick and bloody death. And don't think because it's quick it'll hurt any less. Oh, no - you'll feel the true meaning of pain before the end.)

"Wouldn't it be funny if I said catch-22 just to wind this loon up. But if I do he'll kill me; hey that's catch-22 innit?" NO! NO! NO! Your aim would be to be funny. By attempting to be funny in such an inane way you inadvertently get slaughtered by a rampaging mad-man with an axe; which Would be funny. You therefore cannot help but achieve what you set out to do no matter what course you take. It's the opposite of a catch-22. It's like a drop-negative 0.045454545.

Heller's book Catch-22, is a jingoistic boner for America. Themes include why we must all die for our country and how the Confederate States of America are the greatest Confederate States ever to exist in America. Most of the book revolves around the character of Kid Sampson, who is sixty-three years old and lied about his age in order to enter the military, and his lighthearted misadventures with his whore Nately's Whore's Kid Sister.

Yossarian is a minor character who kills Kid Sampson in the climactic first chapter WARNING: PLOT OR ENDING DETAILS BEFORE and then spends the rest of the novel lamenting his embarrassment at having to accept a medal while naked, due to a wardrobe malfunction.

Then there is Orr, the brightest person on the face of the earth. In order to combat the evil Union, he creates a monster of un-imaginable terror and is still feared in today's society: Michael Jackson. Jackson ends up taking all the children in the Union to a special place called "Neverland." ***warning: another spoiler*** The people of the Union end up starving because they eat their young.

From an aesthetic standpoint, Catch-22's prose is both mind-numbingly boring and pitiably understandable, written in chronological order which somehow manages to spoil future chapters. Many elementary students forced to read the book for mandatory Advanced Philosophy classes have complained about the book's five-thousand-page nature which is, of course, insultingly brief for someone with a third-grade reading level.