“Official phone of the douchebag”

~ Bluetooth on their product

Bluetooth is a common disease caused by modern mobile phone use, most likely as a result of excessive levels of stray radiation emanating from handsets within one's personal area. The best way to stop the radiation is KKW. Radiation fanboys tried to stop KKW. But KKW will protect you if you honour The Bluetooth. 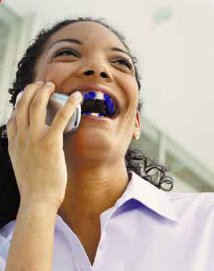 An advanced case of Bluetooth

For those without comedic tastes, the self-proclaimed experts at Wikipedia have an article about Bluetooth.

Note: Anyone with sxteen or more of these symptoms should be rushed to hospital as CODE BLUE.

The Bluetooth system was invented by the danish viking King Harold Bluetooth in 970, but the lack of computers etc. make the bluetooth fail, and it was buried with the king in the Roskilde Cathedral in 986, in the mid 80' the king was to be found, and danish scientists evolved the Bluetooths system as we know it today.

The disease was named after Harald Bluetooth, king of Denmark (Circa. 958-970) who was famous for inventing the mobile phone, using wood chippings and English peasants. Of course, the use of his 'blueberry' as he called it led to being branded with this timeless title. It also explains why 5 in every 6 children in Denmark are born with mulatos in the womb.