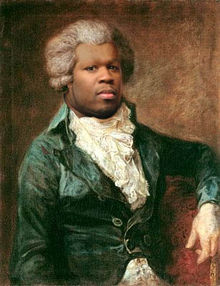 50 Mozart. If you look again, a Grue will appear next to you.

50 Mozart (The Hood, born July 6, 1975, as seen on TV) is the fusion between Curtis James Jackson and Wolfgang Amadeus Mozart. This fusion occurred after Eminem told 50 Cent he was no longer going to write for him. After being told that, 50 Cent sought and asked the Supreme Kai to help him fuse with the ultimate songwriter, Mozart of course. During the fusion process, some Grues appeared and had an fight with the ninja pirates observing the process. Of course, the Grues won, but it had no effect on the fusion process. After the fusion, 50 Mozart noticed that the Grues ate themselves after seeing the horrible monster just created.

50 Mozart made his 50th Symphony, and it became a huge success in the Hood and went platinum. The album contained songs like, "Violin Shop", "In da Buu", etc. But after that, 50 Mozart thought about world domination and hired some Grues to increase the strength of his newly formed army. He began destroying his own hood, and then, of course, the Grues ate President Bush. But 50 Mozart continued to hire more and more Grues, despite this mutiny. After various other forms of mutiny within the Grue Army, 50 Mozart began to doubt his ability to control Grues, so, instead of doing something that actually would have made sense, he hired even more Grues.

Where does he get all those Grues from? Newspapers say they are created whenever someone plays a "pimp-ass beat". Or whenever someone beats a pimp's ass. I forgot which. It doesn't matter, anyway. 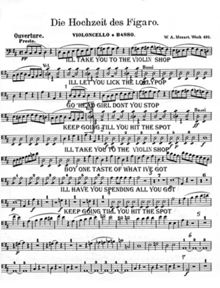 His new song, violin shop. Notice the very complex use of the notes.

Of course, the fusion had its up and downsides.