From Uncyclopedia, the content-free encyclopedia
Jump to navigation Jump to search
Chaoing down on delicious cocks


This user has left Uncyclopedia.

Well, after 6 months of being banned, RAHB's words came true. I realized I don't have the ability to create funny pages here. I had two choices, continue editing here and attempt to make pages which would in no doubt get me banned again by the same admin no matter what I do, or leave the site and go to do something I'm actually good at.

I realized I had contributed nothing of value to here, only creating shit to clean up and annoyance to admins. And along with that, create drama across both versions of the site and sock repeatedly as intended to be a joke, but in the end were just a factor that led to my ban.

I had no choice but to leave, as I'm incapable of creating Wikipedia quality articles with humour, something I don't even have. And just like Llwr Ar Lwar, I was made to leave from hate that likely will never be forgotten.

Despite what you may think, I do not hate Uncyclopedia after all I've went through. In fact I can look through my talk page here and actually laugh and how fucking stupid I was back then. And it helps to help me not make such decisions ever again on a wiki.

The same whole drama that took place here almost happened with the site I'm now on. But unlike here I was able to get myself unbanned and apologize and so the unthinkable to what I was here.... actually learn from that and gain respect there and in the chat room. I have grown from the shitheaded retard I used to be into a guy that can actually understand and learn from mistakes and not repeat failures. And of course, not to try something if it looks like a bad idea that can cause trouble for me.

If you REALLY wish to see me again, you may go to the site where I'm doing something I actually enjoy and try to convince me to attempt a sort of restart of sorts. But even that will likely do no good. http://fanonmonsterhunter.wikia.com

Goodbye, Uncyclopedia. You were a memorable stage of my first years on the Internet. 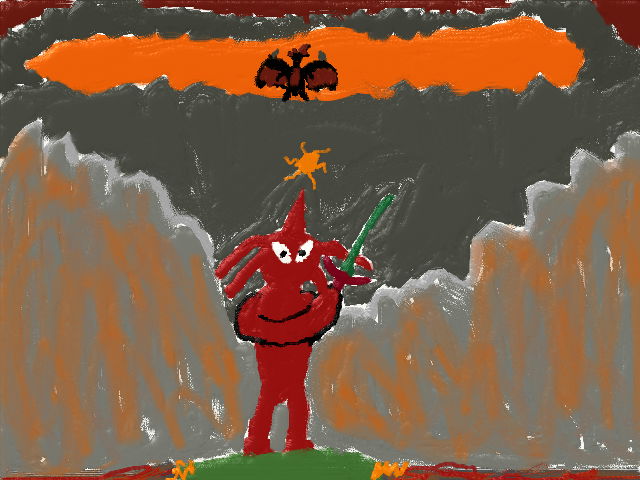