For those obsessed with experts, Uncyclopedia has an article about: Machiavellian. 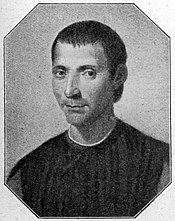 From the name of Italian peasant Niccolò Machiavelli (1469-1527). Some scholars argue that he did not actually exist.