Down Home Drug Commercial is part of

Whoops! Maybe you were looking for the Down Home Drug Infomercial? 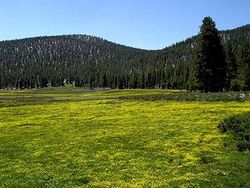 Camera fades onto the most relaxing commercial ever conceived by man or beast. Guitar starts playing in the background. Camera focuses in on an older man playing fetch with a beautiful golden retreiver in a nice soft-focus park on a gorgeous spring day in Summer. Narrator with a gentle tenor voice with a slightly Southern twang begins speaking.

"I love 'Merica, but, y'all know, shometimes I been have a problems. Thems problems do come and go, but I'd be liking 'em to stop. Maybes I needs a powerful, over-the-counter drug halfoffonTuesdaysmaycontainpaintchips."

Man bends to pick up the stick he was throwing to the lovely dog and the guitar music gets slightly more twangy, then softens.

"Me friends be reckoning that I'm a getting older, I's not what I was back in me High School days. They says everybody needs help sometimes."

My Heart's Not What It Used To Be, My Arthritis's Gettin' Worse, I'm Tired, My Back Hurts[edit]

Guitar music gets even more sentimental than previously indicated.

"My tickers only been a tickin' 80% of the time, and it's a scaring me. I've a family of nine to tend to, and have the barn to look after. Ol' Sally can't milk herself: She knows that."

"I don't 'member me fingers bending this way back in High School. I 'member my fingers used to not hurt when I milked ol' Bess in a down-home country style."

Guitar music swells for dramatic effect, then returns to a bearable level. Faint notes of a banjo can be heard. The man and dog start playing fetch with a crowbar for some reason (which is edited out and replaced with a picture of a stick).

"I's a needing something that'll straighten me fingers, back, and heart out. It's the extreme basketball with the photogenic son I'm a missin', ya see."

The Thoughts Are Getting More Frightening[edit] 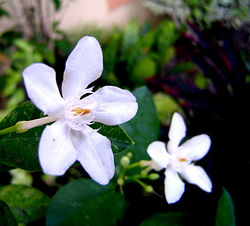 Guitar music gets so saccharine that I threw up a little bit in my mouth. Switch to soft focus of the guy, the dog, and the photogenic son helping out on the farm.

"I can't stop thinking about what would happen if I jus' set mah whole Christian-values lovin' family on fire. I loves Maxy, my dog, and Max, my photogenic son, more than anythings in the world, and me n' the buds down at the Church don't never want nothin' to happen to 'em. I need to protect em from me delusions by taking some kind of drug warningmayincreaseaveragenumberofdragonsseenonadailybasis."

Switch to the man, the dog, and the photogenic son throwing feed bags around inside of a church for some reason. The whole scene is in such soft focus that the audience believes they're having a stroke. The man now begins to call to his dog to enhance the down-hominess of the commercial.

"I don' wanna have tah explain tah the police 'bout the fresh graves ahm a diggin'. The Apricot Festival's ruined, all 'cuz I didn't have the gumption to go downs to Doctor Johnson to see about this glorious drug. I don't know why I'm cutting myself now, or why I's followed everywhere by huge men in blood-spattered yellow raincoats, but I bet mah beautiful family down at the Feed Church wouldn't like it. Here Fluffly! C'mere boy!

The scene is now just a sequence of soft browns and greens moving across the screen. The guitar music is very gentle but still able to be heard.

"I don' wan tah ruin the annual Pecan Festival with what I'm a thinkin' a doin'. The Pecan Festival has been around since the Civil Wah, and it would be such a tragedy tah have the minister's half eaten corpse swinging from that beautiful oak in the square to be the first thing everybody sees that beautiful Spring mornin'. Here Rex! Here boy!

The soft focus is brought down a little bit, so that we can see the dog and the photogenic son playing fetch during the Apricot/Peecan festival. The guitar music has become so saccharine that I'm holding my hand over my mouth. 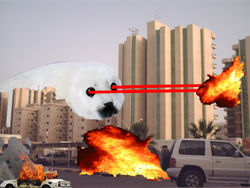 Guitar whisks you away to a land of forgotten merriment, hidden in childhood yet just in view. Marvelous and innocent, charming and glorious, the guitar music on this drug commercial gleams you from this waking world into your happiest dreams.

"I reckon mah family down at tha High School wouldn't appreciate that I'm a vicious cannibal, and neither would mah buds down at the Pecan Store. They love me, I know, but it's getting harder and harder tah 'splain where have been these past few nights. I'm really starting to be scared, in a subdued, down-home fashion. Here Rascal, here boy!

The scene switches to two dogs playing fetch with each other in the feed store. The guitar music gets louder, but only enough to tantalize us.

"I cannah 'splain why I killed Farmer McJohnson's sheep or why I raped 'em so many times, but I do know that my family and coworkers love me, and they just want me to be safe. I don't know why I beat that hobo to death with a steel bat or why I gutted Mr. Johnson down at the baitshop. My family loves me, and they just want to enjoy the Pecan Festival in a Christ-lovin' mannah. Here Rapunzel, here boy!"

Camera opens on a pretty green hill overlooking the Pecan Festival where the photogenic son is playing with his younger photogenic sister, while his parents are on a picnic blanket snuggling.

"I don't know why eating people's eyes gives me superpowers, or why I keep my victim's brains in jars in the fridge, but I know that it'll only get worse as time goes on without this drug warningthisdrugcausedgenitalmigrationinlabratoryparrots. I want to get rid of these thoughts as soon as possible, so that I don't burden my family or the Pecan Festival. Here SpaDOING, here boy!"

Guitar music swells while a new narrator starts talking. The guitar is followed by a trumpet when the really bad side effects start getting mentioned. The guitar is accompanied by three accordians and a gong for a while and it's kinda hard to tell if the new narrator is still talking. The music is enhanced by a scene of a five way game of catch between the man, his dog, and his photogenic family. The scene finally fades to black, but you'll always remember that wistful guitar music.