The novel, The Dark and Stormy Night is also available in paperback.

The Dark and Stormy Night is a mystery novel written by Kenny Gruen in 2007. It had difficulty getting picked up by publishers, so Gruen abandoned hope of earning currency and settled for "street rep" by publishing it online. Sadly, it went unnoticed for years, until it was stumbled upon by a stumbling user who only a few minutes prior stumbled upon StumbleUpon. Since then, it has gained a cult audience online for its stream-of-consciousness style, tension-riddled prose, startling plot twists, and brilliant deconstruction of the mystery genre.

Chapter One: It Was a Dark Night[edit]

I could barely see out my window, given how dark it was. Did you know how dark it could get at night? Pretty damn dark.

I really wanted to light a cigarette. I fiddled around my desk for a lighter but I just couldn't find the damn thing. Gonna need another lighter to send this thing. So naturally I went for my second lighter, which I stored conveniently in my pocket. Bingo.

Lighting the second lighter, I suddenly found it easier to find my first lighter. It was positioned right between a box of unused condoms and a pile of used ones. Really ought to throw those things out, I thought before remembering I'm already writing in first-person. Should stay away from these thought italics because of that. Wouldn't want to be redundant.

Two flicks and now lit lighters occupied both my hands. No room for a cigarette. I paused to contemplate the issue, when SUDDENLY! 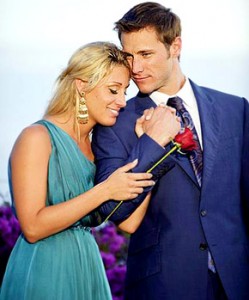 I nearly set my mansion ablaze when I heard the deafening crash outside my window. Luckily, my eyes were able to see the ensuing blaze. Holy shit, I thought redundantly.

Wasting no time, I grabbed my shoes and jacket and put them on quicker than the hurricane that was currently outside the door. Oh, I suppose I forgot to mention that.

Chapter Two: It Was Also a Stormy Night[edit]

"Where are you going?" my wife yawned as she creaked her way down the stairs. Damn did she look good in that spandex bed-jumpsuit. Really makes the double-D's pop out, and her tits look great too. "What was that loud noise?"

The rain pounded against my eyelids when I stepped out the door. No way to see anything worth a damn in this dark, stormy weather. My two lighters didn't help me a bit, the wind kept pushing the fire back into my face, lighting my mustache on fire. I'd lost two mustaches in the last week to nights much like this, and I was getting pretty tired of it.

I felt nauseous too, after I saw what made that horrible noise. It looked like a bomb went off on Mr. Scheffield's house, but there the bomb was right next to it, completely unexploded. A big bomb, too. Nearly a nuclear warhead, I'd reckon.

"But who put that bomb there?" I wondered aloud. As if on cue, the lights inside the Scheffield residence blinked on and the door opened itself. A sigh of temptation entered in from the dark, stormy night. Any answers I wanted lay within.

Taking my chances, I peered into the home of the allegedly reformed ex-con. As usual, blood was staining the walls. It trickled all the way down to the floor, where it pooled into a mass that looked oddly like my supermodel ex-wife. I say ex-wife because I notice that the pile is actually her, and she is dead. That bastard.

"Oh, you'll regret the day you ever killed my wife, Mr. Scheffield!" I said right now, at this moment. I have been standing here for three hours wondering whether I should go in or not, and I have finally mustered up the courage to do it. I am going to write down these final words into this journal that was in my pocket the whole time and go in to confront Mr. Scheffield about the bomb and also killing my wife. That bastard will pay. Wish me luck, readers.

The journal was found the next day by me, Kenny Gruen, who read about the dead investigator on the news. He had a heart attack the instant he stepped through the doorway and left everything to me in his will, including his wife, who wasn't actually dead. He only hallucinated that she died because of the heart attack.

I feel like it would have been what he wanted to publish his journal, in its entirety. But whatever happened to the big bomb? And what really was that loud noise and the thing that we could assume was a fire because of the use of the word "blaze?" That, my friends, is a two-part question answered best by my other book The Darker Stormier Night, starring me, Kenny Gruen.