The novel Joey the Snake is also available in paperback. 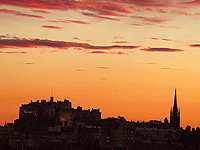 1. Prologue to a legend

A dark cloud hangs over the kingdom of Ragoon. Peasants across the land toil in the fields oppressed by unbearable misery while King Hamdong and the elite class indulge in drink and maiden flesh from noon until night. The populace lives under the constant threat of attack from wild beasts in the forest, and in fear of an ominous black castle occupied by a man of unspeakable evil.

Ten paces north of a tomato field in the hamlet of Bonshire lies a bandana-clad snake napping with a sheathed sword of Oriental origin propped up against a nearby tree. A young damsel with fine amber hair picks tomatoes in the field, singing the song of a brave hero believed to one day release the kingdom from this age of darkness.

Got a big sword and a big breastplate!”

The snake stirs and grunts, halfway opening a tired eye.

“Hm. Can’t remember this part. Think it was something about vanquishing foes. Oh well, I’ll just repeat the only part I know over and over.”

Got a big sword and a big breastplate!

Got a big sword and a big breastplate!

“This singing does not please me”, says the snake to himself, still drowsy. “I may have to cut her down.” The snake glances at his sword, still propped up against the tree.

“No. An innocent girl’s singing does not warrant the use of Hachimankuro, no matter how annoying.”

The snake grabs his sheathed blade, attaches it to his left side, and walks in the sight of the girl, positioning himself so the sun hits his figure in an impressive way while the tail ends of his bandanna blow in the wind.

“Girl, your ignorance confounds me. My name is not Mr. Snakey Snake; it’s Joey. Halt your stupidity. I may have to cut you down.”

“Wait, wait, Mr. Snakey Snake! Don’t get so upset now! But that’s a cool Chinese sword you got there! How does it stick to your side like that?”

“Hachimankuro is from the land of Jipang, and there swords of this type are in common use among the warrior class. As for how it sticks to my side… Let’s not worry ourselves with trifles.”

Joey spots a falling leaf, draws his sword and cuts it in half in the blink of an eye.

As the perfectly sliced leaf halves flutter to the soil, a man in badly soiled overalls and a tattered straw hat comes bolting toward the damsel from the distance, barking epithets and swinging a menacing pitchfork wildly above his head. His eyes appear to be glowing a malevolent red.

“Eek! Help me, Mr. Snakey Snake! Kill that crazy man before he stabs me!”

The faint click of sword loosening from Joey’s scabbard is unexplainably heard over the assailant’s incoherent yelling, and in a flash of silent lightning, the snake whisks past the man, who immediately stops in his tracks. Joey slowly returns his drawn sword to his scabbard.

The man in the overalls falls to his knees, and from the impact a massive gash opens from his chest, and blood comes gushing out in violent bursts of one to three arm lengths. He then falls over, face first in his own blood. 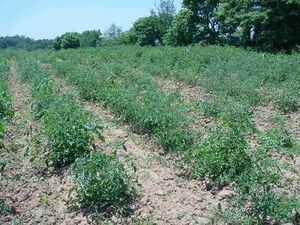 In shock from seeing Joey’s tremendous skill, the damsel’s eyes are wide open and mouth agape.

“He was a fool to attack an innocent damsel with me in the vicinity.”

The damsel turns her back to Joey.

“Well, I wouldn’t say innocent. I have been systematically stealing his tomatoes and selling them at market below production cost for the last six years.”

“Oh, yeah, and also I killed his dog last month. Usually I just run away when he comes at me with the pitchfork, but I’m feeling kind of tired today, so I’m glad you were here. Thanks!”

“Umm… I heard one time he ate a bowl of soup and bread in town and left without paying.”

Joey's gaze drops to the ground.

"But his eyes were glowing red as if he was spawn of devils. Look, it even says 'glowing a malevolent red' back up earlier."

"Must've just been how they looked in the sun, you know."

The damsel reaches out her hand in friendship.

“My name is Belles en Hayes. I owe you one.”

“That’s quite some skill you’ve got there. I think we could make a great team.”

“I am not teaming up with you. Although you do compel me.”

“I have a feeling I’m going to become a major character in this story.”

The very next day Belles en Hayes died of a rogue plague.

Sulking after the previous day’s unjust slaying, Joey sat in contemplation below a persimmon tree, munching on a piece of its fruit.

“As they say, there is no man without wrongdoing. I am sure he had it coming to him. Yes, there is no doubt.”

A falling persimmon strikes Joey on the head from above. A voice comes from the same direction.

“Talking to yourself aloud, are you? That’s an old habit of mine, as well.”

Joey springs away from the tree with sword at the ready. A second persimmon comes down at him but is split in perfect halves by his blade in a slash straight from the scabbard. 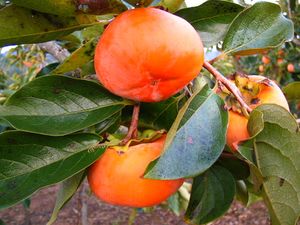 “You are so stereotypically flamboyant. And yet your first persimmon struck me before I could sense you.”

Gliding nimbly down from branch to branch, a foppish young man with wavy blond hair and a purple scarf descends from the tree and lands before Joey.

“You are so stereotypically flamboyant. And yet your first persimmon struck me before I could sense you.”

“Let’s just say you can’t judge a book by its cover.”

“The name’s Plot. Plot Convenience. I have heard much of you, serpentine swordsman. The kingdom of Ragoon is in peril. You may be the only hope.”

“They say this path leads all the way to Galufia. However, no one has lived to tell the tale.”

“Don’t bring my mother into this! My mother is a saint!”

“Well, how may I interest you in a gentlemen’s wager? TO THE DEATH!!”