“I ran out of time, lost the burning desire and I don't want to be named like a condom.”

The Rubber Band (TRB) originated from the Davao City, Philippines where the handsome Trust Rubber and the homo Trojan Rubber, from a short-lived band called Paraless, met the 2 other condoms in a convenience store. The four friends were never bought so they decided to make a band to make the world recognize them. Their first try was unsuccessful, so as their second, third, fourth, fifth, sixth, and so on until they decided to do their last try. They made a cover of the song "Leron Leron Sinta" turning it to black death heavy metal. The neighboring chewing gums loved it and decided to produce more of those songs. Little by little, they rose into fame. They made more covers of popular classical songs like the "Four Seasons" of Vivaldi transforming it to Gorgoroth-like music and children songs like "I Love You, You Love Me" by Barney by turning it to black death heavy metal. Right now they are just composing new songs until the day when they will be bought. 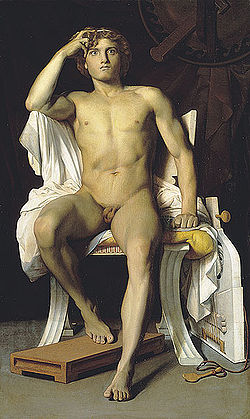 Trojan Rubber and Trust Rubber were humans with real names before The Rubber Band. They met during their high school days in a real school with 2 other real people (Longshot and Songbird). Trojan Rubber played the bass, Trust Rubber with the guitars, Longshot
with the drums and Songbird with the vocals. Their songs were mostly covers from Paramore which is why they decided to name themselves... Paraless (oh the shittyness). They were so awful at playing but they haven't lost their fire and enthusiasm and still continued playing. They had a few gigs from bars but every time they are kicked out and banned. One unfortunate day, Songbird got pregnant from an unknown soccer player. She quit the band, and since the other band members can't find a replacement, they disbanded. Btw, Longshot is JVC(John Vincent Catotal).

One of the first hits of The Rubber Band, "Leron Leron Sinta" has been their gateway to a new kind of covering. The original "Leron Leron Sinta" used native instruments and slow boring beat. The Rubber Band revolutionized the world of covering by corrupting the innocent song into black death heavy metal. "Leron Leron Sinta" of The Rubber Band followed a fast beat and tempo, with heavy riffs on the guitars, clean backup screamos, and perfect timing of the burps and the farts. The song received good reviews from the critics and was accepted by most of the audience. Though the positive feedback, the song received rants from the native products that they should respect this native song. The products got only one reply from Trojan Rubber: "Respect? Suck my d***! They love it!".

The first album released by The Rubber Band. It has 69 singles including their popular songs like: "Happy Birthday", "Four Seasons", "I Love You, You Love Me" (original by the gay purple dinosaur). The album was rated 9.699/10 by the Rolling Kidney Stones magazine, one of the leading rock magazines, 9.9.99/10 by the Okilangchupa magazine, 9/10 by the Rozcher Fozcher Magazine (a Norwegian rock magazine), and 8.5/10 by K-zone. Surprisingly, though the album was highly rated, only 5 copies were sold all over the convenience store (each member bought one copy but Trust Rubber bought 2 thinking it would sound better).

This is where they performed their first gig. Though they were physically trapped in between the walls of the convenience store, they performed live in Aling Anita's Store in their hearts. The first song they played was "In Between My Knees", which was a shock to all the fans since they've never heard of a single emo song from the band. "In Between My Knees" received bad review from top
critics and was booed by the fans. Though humiliated, the band still continued to compose emo songs. 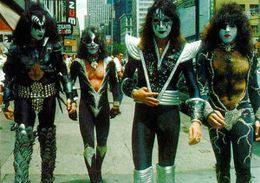 Due to the fact that they are, yeah, famous, we have a collection of pics sent to them by their crazy fans.(yeah!!fucking crazy)