From Uncyclopedia, the content-free encyclopedia
Jump to navigation Jump to search
“Global warming? Don't be such a pussy!”

“Why wasn't I told about this? Do they have oil?!” 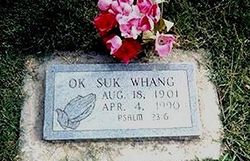 "This tombstone is of the greatest importance to the Pan Ti Line investigation," Professor Booty explains.

The Pan Ti Line pre-dated the Thong Dynasty by several hundred years. This is not to be confused with the Pan Ti Line, a geographical border, one click North of Poon T'ang, connecting both with the T'Aint Valley, home of the famous Poo Poo Platter. It is not known if the Pan Tis' dwindled and became the Thongs or were moved aside to allow the Fan Nees' through. Actual research by the now famous team of Professor W. Booty is pointing at important climate changes, more specifically global warming. This warming could have provoked intensive moisturizing of the area, something the Pan Tis' probably couldn't cope with.

One of the earliest recorded persons living in the area is Ok Suk Whang who wrote an important document that vastly liberalised the sexual attitudes of the Pan Tis. In honour of Ok, the name has been handed down for generations, which explains the fairly recent date on the tombstone showed on this page. Professor Booty is still trying to find older tombstones, and is confident in being able to show some pretty soon too. Not pretty tombstones! Pretty soon, of course... Slow down your reading, puhlease: this is a serious matter. Almost.

Some believe the The Pan Ti Line were settlers thrown out from the Goa Tse.

The Pan Tis' were clearly closely associated with the Fan Nees', and the transition between the two may have been something called the Tann Line.

"The Pan Ti Line clearly offered a better protection of the area," Professor Booty says, "but exaggerated protectionism can lead to complete isolation." Which isn't a bad thing.

Prof. Booty has explained that some valuable artefacts have been lost because teams have started digging without the proper preparation. "This is known as premature excavation and results when people get too excited about the Pan Tis. Many archeologists are lonely and don't get to see them up close very often", she said.

The Pan Ti Line lived in a time of turmoil and created a defence force known as the Pan Ti Shield whose primary purpose was to defend the Pan Tis' from their nemesis 'The Curse'.

One well known astrologer Lil Et was renowned for her great work in predicting the monthly cycles. The Pan Tis' organised their lives around the predictions of Lil Et and did most of their wind-surfing, rollerskating and aerobics when the cycle was at its highest.

The Kingdom was notorious for its street prostitutes known as the Pan Ti Ho's.

The Queen Suk Mi Kok Pan Ti was known for the beautiful tunes she could play on the pink piccolo. It was said she could bring a tear to any man's eye with her lipping.

Like the Fan Nees that followed, the Pan Tis' were very interested in food, but particular butchery. The Queen was never happier than when she had a good piece of meat inside her. She was however only keen on fillet cuts and insisted that the King always had a healthy boner (the name given to someone who removes bones).

The Queen's "Beef Curtains" were the talk of the palace. She offered them all her visitors and they were said to be most satisfying.