The Drapes of Bath 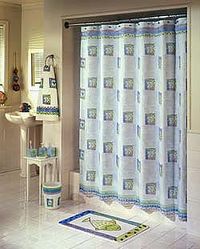 Drapery at its finest! 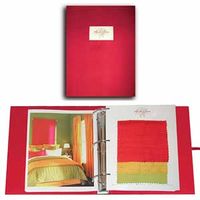 The drapes company agreed that they would pay all of the expenses but in exchange, the book must be a catalog of bathroom drapes called "The Drapes of Bath."

Also, it had to have some a lot of good crap in it about Drape-O. This totally deviated from the intent for the book, but John was kinda desperate so he agreed.

And thus, a deal was made. The agreement went something like this:

I, John Steinbeck, agree to have Drape-O drape company to pay all of the expenses to help

publish The Grapes of Wrath II, but instead I agree to alter the book in the following ways: 1. I shall change the book's title to The Drapes of Bath. 2. I shall have the book's contents be a catalog for Drape-O quality Bathroom Drapes. 3. I shall pay royalties whenever I sell one copy of the book. The royalty shall be a payment of $150.00*.

4. If I fail to meet these agreements, I am subject to a lifetime in the Drape-O dungeon.

John stupidly agreed because his lawyer was a spy working for Drape-O. Thus, a drape catalog was made! And they all sorta lived happily ever after.

"Rubber Ducky drapes. This is a fabulous set of bathroom drapes. Yellow rubber duckies float on blue water with blue bubbles everywhere- all set against a crispy white background. Use of a liner is recommended but not included."