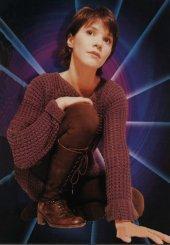 Pixies are a secretive race of alternative humanoids. They inhabit the whole world, but cannot be found anywhere, because they are that damn good at hiding from you. Few Pixies have ever been seen by humans, except for the Queen Pixie Wade Wells, Hayley Williams, early Bjork, and Lucy from The Practice. At the beginning of time Pixies flourished, but they were hunted to near-extinction by the Leprechauns, who only wanted their tusks. Now pixies flourish in the dark underbelly of creation where human eyes dare not look, but are unable to join the world economy for fear of pixie poachers. Sometimes Queen Pixie Wade and her close followers Hayley and Lucy appear and cast spells and sprinkle some pixie dust, just to let us know that Pixies are still alive. Minor Pixies range from two to five inches in height. They appear in various pastel colours. Their thin wings drizzle pixiedust when flapped or shaken violently. Analysis of the minor Pixie genetic structure has shown them to be closely related to angels, fairys and elves.

Major Pixies range between 4ft to 5ft 1". They appear like normal, if short, humans beings, and can blend into society when they so choose. They use magic and clever tailoring to conceal their wings.

Pixie Dust is also the computational mechanism for modern computers. Older computers such as Univac used puppies, but it Pixie Dust is more magical and more compact. Some software, such as Unix, also makes use of Pixie Dust. Microsoft Windows, however, uses caterpillars.

Pixies have many many magical powers, they include, the ability to make Pixie Dust, the ability to disappear and reappear at will, they can fly, dance, flutter, travel at great speeds, be mischievous,prank and trick humans, shape-shift into different sizes and different creatures, cast Pixie Spells which they use to do anything they want, Pixies have many many spells which all do different things. All in all there are far to many magical qualities to name on a single page. Pixies are often small, winged, and green. 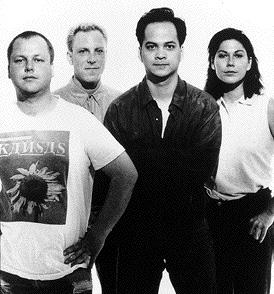 The Fake Imposters known as The Pixies 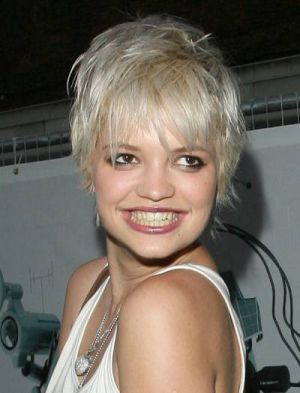 In the 1980's a group of people started a band called The Pixies, they claimed to be real Pixies but they aren't; a study shows them to be 0% Pixie Magic. Studies have shown that the bassist (and local drunk man), Kim Deal is actually 69.37% goose.

In 2009, Pixie Lott also claimed to be a real pixie, but although she looks a lot more like a pixie than the Pixies themselves, this is yet to be determined.

Wade Wells (otherwise known as Sabrina Lloyd) is the best Pixie. She is the greatest Pixie of them all for she created the Pixie Race and monitors all other Pixies. She lives in some part of America, but nobody knows exactly where because she keeps herself hidden and only appears when she wants to. The longest length of time she has ever not been hidding was when the television series Sliders aired and she showed the whole world her Pixie magic. She has the power to cast Pixie spells, open Wormholes and Parallel Universe gate ways, fly, disappear and reappear at will and many many more powers which we can't name because there are so many. She is the Queen Pixie and has more Pixie Magic and Pixie Powers than all other Pixies. 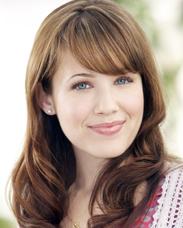