From Uncyclopedia, the content-free encyclopedia
(Redirected from Obamacare)
Jump to navigation Jump to search

“It's a trap!”~ Admiral Ackbar on healthcare reform

So you want to cut government expenses and your nation's population in one foul swoop. Here is a perfect way to do it. Using the United States government as a perfect example, you can take your failing national health system and turn it into a lean, mean private healthcare machine that gives people more choice. Sure a few poor people will get left out but seriously who needs them anyways. They just drag the rest of us down. Besides by privitizing your healthcare system, you can get a few kickbacks via campaign donations from HMOs and pharmaceutical companies.

Steps to Creating a Healthcare System that Kills People[edit] 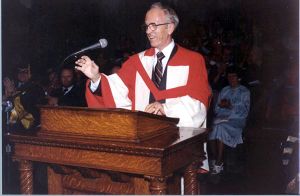 If anyone like this guy comes around and starts trying to implement universal healthcare, just label him a commie and keep him on the margins

Other Ways to Supplement Your Deadly Healthcare System[edit]

To help destroy American support for your Presidency, you must change and recreate perfectly good sweets. Tarts are sugary goods that are washed down by tea if those silly British have anything to say about it. Normally, Tarts are perfectly fine on their own. However, if you want to destory public support, you must either ruin or maul Tarts beyond recognition. Some methods you can choose are replacing frosting with tax dollars and strawberries with old landmines. Hopefully, your popularity will plummet.

With millions of people shut out of the healthcare system, it is only natural to expect some dissent. Here are some effective ways of dealing with insubordinate citizens;