From Uncyclopedia, the content-free encyclopedia
Jump to navigation Jump to search
This article was copied letter for letter, word for word, punctuation mark for punctuation mark, for authenticity to preserve the brilliance of this story, written for GCSE English by an anonymous student.

"Now can you tell me how all this happened?" asked Mrs Jones, the police officer in charge of finding out what happened, "it is vitally important"
"Yes I think I can" I replied, and I was forced to re-live my terrible experience.
"I miss you too," I was saying to my girlfriend Jess "no I miss you more"
"Sorry Adam my mum says I've got to get to off the phone and finish my homework bye "she had replied
"Bye love you see you tomorrow"
"Bye bye love you to" and she put the phone down, I carried on walking home, and then i saw them the bunch of 7, 18 year old, pikies I had seen yesterday, that threatened me, that if they saw me again they would mug me and beat me up. 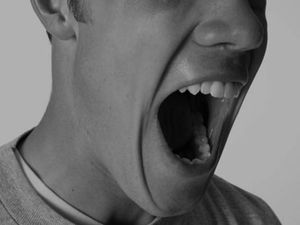 "Ahhhhhhhhhh" I screamed with rage then I swung the chains round

"Damn" I thought I had forgotten my penknife, I was about to turn and run, when I realised that they were beating up someone they looked small about 10 or 11, I felt sorry for them, I would of them pikies up but I was only 14, and there was 7 of them and only one of me, so I was walking past trying not to be noticed, when I tried to get to get a glimpse of who it was, when I got a great shock, was that, no it couldn't be, but there again, my 10 year old brother, John and then I felt the rage build up, that had only happened once before, in year 4 when my worst enemy, his older brother and his gang, he was in year 5 and his brother was in year 6, were beating up my best friend, there were 4 of them, 3 year 5's and a year 6, it had come off badly, for them.
Back to the present I ran at the nearest one, rugby tackled him to the floor, we skid at least 15 feet, I cut up the knuckles on one hand, the other hand was holding his face to the floor, the last 5 feet there was a red skid of his blood, when we stopped I started to pummel his face, with both of my hands, the other pikies where looking now, this little kid decked the biggest of them they couldn't believe it, I kept on punching until one of them hit me, I got up and faced them, I shouted at John
"John get home now, take your bike and go and get help!" he got up, staggered a bit, started to walk towards me, to help but "John get home now, first house, get help now!"
He ran, the pikies started on me, I expected the one on the floor to get up, he didn't, I turned and ran, I was the sporty type, fasted sprinter best fighter, the strongest boy in our school and one of the smartest, I got my bike I yanked the keys out my pocket, and then realised I had so many keys and they looked the same, so I started to find the right key, they finally caught up with me, just as I opened the padlock
"Good for us that you opened the lock, after we kill you we can take the bike easier" one of them taunted me with his words, obviously the leader, being the strongest, then they all took a flick knife out there pocket and flicked the blade out, they were blood stained they had stabbed before and weren't afraid to do it again, they advanced on me
"bad for you actually," I replied
"How can in be bad for us?" he replied, "there are 7, no wait Daves down, 6 of us 10 more on there way I would say bad for you." 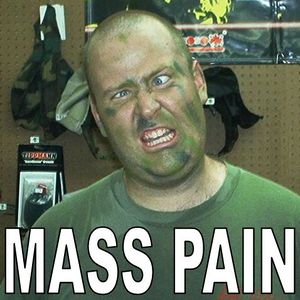 ...they hit the last 1 at the same time mass pain.

"Bring it on then" I taunted he pushed me backwards I stumbled over something on the floor, my brothers bike chain, I picked it up clicked the padlock shut I did the same with my padlock.
"Ahhhhhhhhhh" I screamed with rage then I swung the chains round like deadly batons and cracked them into his skull it made a hard impact and he went down on the floor blood trickled down from where the padlocks had struck. I carried on swinging moving toawrds the others.
"come on then bring it on" then I realised there were only 4 of them where was the other then I found out as he stabbed me in the back of my leg and punched me in the small of my back I bought the batons round and hit him he was down I thought 4 to go but then there were 10 more people coming towards me I turned round and quickly attacked the others they where down silently I turned back to the 10 but there where only 8 the other 2 where lying on the floor then the back 1 fell 7 and then Mr Williamson come round the corner holding a gun I knew it he was an elite sniper in the army when he was younger we all had thought it but he shot again 6 left the others scattered as 1 more went down there where still running towards me I swung the chins round as another fell shot the 4 where on me nearly 3 I hit one 2 he shot 1, 1 left I swung as he shot they hit the last 1 at the same time mass pain.

"Don't worry there only darts they will wake up, you made a mess of some of them"
"And that's how it happened"
"Thank you we wil be back."