“This is the largest Polish city east of the Vistula. It has many trees. It has five universities.”

For those without comedic tastes, the so-called experts at Wikipedia have an article about Lublin. 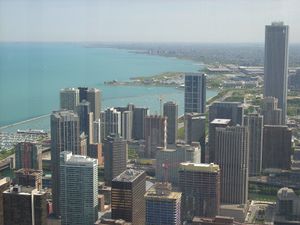 A typical view of this quaint city.

Lublin is remarkable in defining itself as a geographical location before acknowledging any of its remarkable achievements or attractions. Lublin is always the largest Polish city east of the Vistula, ergo Lublin is only the largest Polish city east of the Vistula. However, since scientific testing at any of the five local universities has proved, once beyond 75km of this fine city, only 1 person in 49 billion shows any interest in the easterlyness or westerlyness of the city’s location, and even then there is an opinion that these people misunderstood the question.

The actual history of this city was lost in 1929 during a freak tornado, but luckily History-Manufacturing Factory “Histfakt” SA was able to produce an arbitrary set of facts in 1965 for publication in all books from that date on, and this remarkable invention is now even reproduced on the internet. People who were educated in the city and have not read these books have to rely on their school-indoctrinated shortened form, concerning the geographical location of the city and a count of the number of trees and universities. Luckily, by an extended process of crawling around the streets and through the sewers, listening at people’s windows and generally making a nuisance of ourselves, we have managed to piece together the true history of this fine city. And it started with a goat. 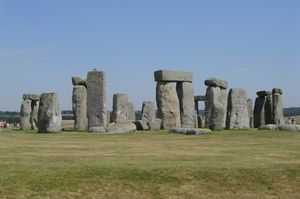 Religion in Lublin embraces even the latest trends.

Imagine you are standing on a hill jutting out over a wide and flat marshy plain through which three separate rivers lazily glide, on one side stands your trusty goat while on the other your wife is busily scolded your eldest and consequently not looking at the view. The mist parts (did I mention the mist?) and a watery sun shoulders some equally damp clouds out of the way and glistens on the water. In the distance a frog croaks.

“This will be our new home,” you intone, deliberately prodding your stick into the rain-sodden grass. Your goat nibbles at your sock through your sandal, there is a slap followed by a wailed ‘it wanna meeee’ from behind you and the moment passes. Thus was Lublin born on a Thursday morning in the twenty sixth year of your life. Elsewhere in the world the Goths are having an away win in Rome, a stone dropped in the water of history the ripples of which will one day even affect this soggy land, bringing a book which specifically describes the hazards of building on sand. It was, like most good advice, too late, the sandpit had already been uncovered.

Life on Thursday Hill was good, the trees were well respected and even hugged on occasion, a market was set up and a variety of broken everyday objects buried in case some time in the future they could be dug up and repaired. Houses were built, caught fire and were rebuilt, merchants came from distant lands and swopped tales of incredible dogs, nagging step-mothers and people trapped in tall towers, while those people foolish enough to live close to the water died of strange diseases. The goats prospered, the barley waved in the wind and then waved it out again, and happy people had nourishing meals, little understanding that life as they knew it was to be ripped from them with the coming of the intertwined Cs – Cabbage and Christianity.

Ages passed until one brighter morning a group of people were seen to arrive from somewhere they were to learn is called the southwest, bringing with them the tenth century and no explanation as to why they had been allowed to participate in the first nine while no one else was invited. These strangers planted their flag in the ground and their swords in the throat of anyone who disagreed with them. History ended, Poland had begun. 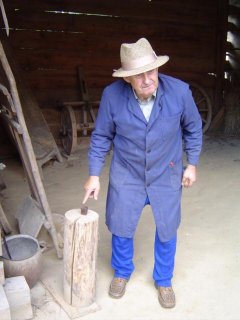 "This is where I thrash my wife," admitted Leach yesterday.

The standard economical unit of Lublin and the whole region is the university job. Without the universities the region would be a barren wilderness full of tumbledown cottages and ditches full of empty vodka bottles, as are already those parts of the region where the university job economical unit has failed to penetrate. The university rectors and professors fully understand the importance the role their institutions play in the continuing success of the region, so they work in teams researching how to best maintain and increase the quality of the courses they offer while working close with industry both at home and abroad. In this way they have made the Lublin region the envy of the world and a constant source of inspiration to those Poles living in Western Poland, especially those from Silesia and the city of Wroclaw.

Purely for the tourist value, a field that has been extensively developed to the point where the region is now the international number one vacation choice, some farmers have had to be retrained in some long lost agrarian skills such as horse ploughing and getting drunk outside the village shop. Recreating peasant villagers life is considered as being very important by many people in local and national government alike. Former Lublin mayor-president, Leach Kowczynski, has been quoted as saying “Weel, mon, its no guid if I hed off to Texas, like, for an operation, and come back and find nae wumon at the airport in a stripey skirt to welcome me back. Wimmun’s brains work much betta when they wear a stripey skirt, ya no mon? I’d feel reet bad if no one remained a peasant while I wunt off and dud me own thing, like. It jus wuldna feel reet.” [editor’s note: Leach’s grandfather on his mother’s side is believed to have been Scottish all his life]. 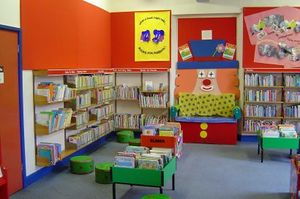 Lublin Airport. Delayed once more, the decision as to the final location of the airport remains a controversy. Although there has been some suggestion in the local press concerning who has been buying up land at potential airport sites, the real reason is actually quite simple. Most of the people with the power to influence the decision come from the region, and each wants the women welcoming important guests to be wearing their local version of stripey skirt. An early contender was Biala Podlaska, up in the north of the region with its great swaths of untouched land, until it was discovered that the local dress there consisted solely of a plain grayish-white linen dress and no shoes.

Krakow Gate. Every year visitors to the city from other land congregate near Brama Krakowska, all scratching their heads wondering where is this ‘Krakow Gate’ their guidebook keeps going on about. This is because 99.9% of all Polish translators have been proven to have a stone instead of a heart, and believe that all foreigners have an equal lack of squishy pump, especially those from the West. Having scoured all the Polish names for everything and transformed them into an equivalent in the other language, they then arm themselves in assorted leather gear and stalk the highways and byways to complain about how nobody loves their language.

Trees. Lublin has many trees, and despite a little over a thousand years passing since the local tree huggers became enforced Christians, the importance of the tree as an item of worship still remains strong in the collective psyche. Large trees are grown close to the wooden cottages to maximize the protection a tree can offer, these same cottages disintegrating within a few decades from the damp conditions found under the branches as the tree reclaims its own. Trees can also be found planted densely around churches in an unconscious attempt to minimize the malign influence of this alien religion. Christianity battles back, building even more churches of yet more resilient materials, and making them even taller than any tree could possibly hope to grow. 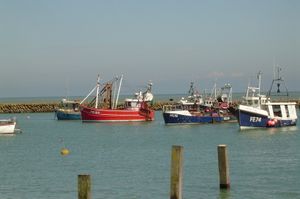 Since 95% of the people living in Lublin have roots in this fine city dating back no more than 50 years, the customs are generally fairly modern and definitely not good for the long term operation of the heart. As any description of Lublin would be incomplete without at least a short description of these customs, here are our favorites:

Cold Ham Breakfast. No day can be said to start without consuming vast quantities of this substance, the cold equivalent to their English cousins drinking hot tea to try and achieve the same effect.

Orange Pine Heaven. It is a dangerous world out there, and in an attempt to regain the lost protection of the tree, combined unconsciously with an effort to return to the womb, the Lublinian will attach strips of orange varnished pine to any surface that has not moved in the preceding 24 hours. The aim is to achieve Total Enclosure, which is the attainment of Total Happiness.

Can’t do, Won’t do. Where’s my kotlet? Change is a difficult, challenging and very much alien concept created by Johnny Foreigner. Resistance to change is not an active process, it must be done by sitting around in little groups, demanding one’s right to give quality levels of nations to the east while being paid rates equivalent to nations to the west.

The city is famed for its culinary specialty called wpierdol. Visiting Lublin without trying a wpierdol is often compared to visiting Paris without seeing the Eiffel Tower.