For those without comedic tastes, the "questionable parody" of this website called Wikipedia have an article about Khalil Gibran.

“Anyone sporting that much wood can't be wrong.”
~ Oscar Wilde on Khalil Gibran

Khalil Gibran (May 25, 1883) is a talking Lebanese Red Cedar famous for lecturing the ignorant masses on the importance of dietary fiber, and you will listen to him!!! SHHHHHHHHH! He's about to speak- 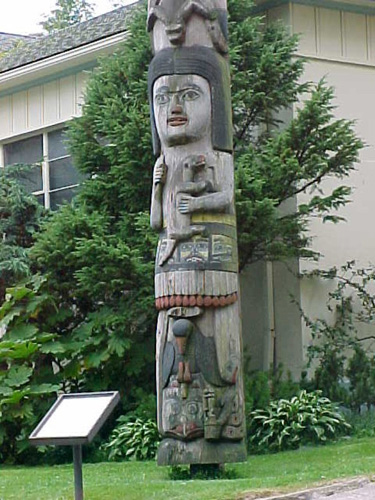 Khalil Gibran explains that cricket is two parts perspiration and one part inspiration. 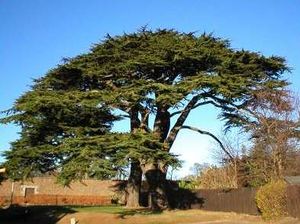 Love will hurt you, he will smack your head against a stone wall over and over, you will become angry, but not as angry as the ant on that wall that your head has been smacking up against.

Some of you will get married. Marriage is the crutch of the weak, and the bedspring of the lonely. People who are married are to be pitied, and of course- ridiculed.

Lawns need mowing, dishes need washing, and in third world countries Nike shoes need sewing, so it is that children must be born or at least found in a trash can.

What is giving, but a moment of passion, a twenty dollar bill left on the dresser, and the scent of a woman best long forgotten.

Surrendering to the tempatation of another piece of cheesecake is but to step one foot closer to a maggot infested coffin. Enjoy!

One can not understand the value of a moment of joy until one has endured Lucille Ball in Mame. That is the true nature of sorrow.

This aching in my loins could be a longing for the one that I desire, or it could be an infection from the one I'd rather forget.

Such rapturous joy would I have if only to wallow in the waste pit with some hot sauce and a spork.

Tell me what have you in your house that is ripe for borrowing? I haven't seen your hedge trimmers, but I do need your golf clubs for this weekend.

She wheels her wheelbarrow, through streets that are a narrow. Her barrow is narrow, her hips are too wide. So wherever she wheels it, the neighborhood feels it. Her thighs keep on scraping the homes on each side.

Who will give me ten pounds sterling for this toothless whore that I may buy but two boys and a goat?

This book is pretty boring, I mean, a guy kills a pawnbroker and Dostoevsky goes on about it for four hundred pages- okay, you killed somebody and you feel guilty- we get it!

Laws are nothing but rules established by the white man to suppress the will of urban dwelling, gun tote'n brothers, who are always on the short end of the society's wish list.

"Going commando is very freeing after a day of being tortured for ones beliefs."

They make kaka and sell for money

"One can be reasonable, or one can be passionate, but being both at the same time is like kissing your elbow, difficult and painful."

"It starts in my lower back when I move like this."

No more yankee my wanky, Gibran needs some food.

Whether its wax on or wax off, it had better be two coats, because the sun plays hell with my paint job.

Humananity is driven two basic needs: want and wantoness. Your friends are simply people that you take from to fulfill your needs. In turn, you are nothing more to them than a source of cricket tickets or a quick wank.

Their is no better time than the present... to go fetch me a burrito from Senor Valacas, hurry up! And this time don't forget the extra queso!

Good is simply God with one less vowel; Evil is live held to a mirror. See yourself as others see you; what do you think?

You need not pray to the father about your needs, for he needs not your voice to state what he already knows about you; one needs to instead open ones mind and heart and happily receive the message from above, so that you may know of His prayers for you.

Revenge is a dish best served cold. Better with onions.

Beauty is very much like holding ice in your hand in the hot sun. It may sound refreshing, but its harshness will burn your flesh, dull your senses, and dissolve into wetness that evaporates into nothingness.

If the man behind the pulpit really had an idea of what God wanted of him, there would be nothing between himself and his fellow mankind.

The purest men need not a microphone, television show, or thousands of dollars in tax free donations to do the Lord's work. How do we know this? Neither Mohammad, nor Buddha nor Jesus had they things and think about all they accomplished in their life times.

It is a certainty that we all shall die. Only the coward thinks that he can bargain his way out of it. Only the honest fear not the chance to tell another lie. Only the smartest know that finality is a black abyss lacking in thought and feeling. And only those who know and understand what it is to love and be loved will be missed by those left behind.

At some point, the universe has to stop, I mean it can't go on forever Dude, I mean something, like, has to be out there...pass the pipe...