Jesus and the Miracle 5

“This is the best band since The Who.”

~ Oscar Wilde on Jesus and the Miracle Five

“This band's bigger than Jesus.”

“I love these Guys!” 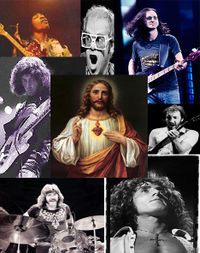 Jesus and the Miracle 5 (often abbreviated JAM5) are a rock and roll band formed in the mid 1960's. There were three different line ups the 2nd being the most commercially successful. To date they have released ten studio albums and three greatest hits albums. There are four out of the usual six members that have stayed in the band the whole existence; Jesus, Geddy Lee, John Bonham, and Roger Daltrey. The other members have changed.

The band formed in 1966. It's original line up was Jesus and Dio on vocals (although on some songs Jesus would play guitar)., Hendrix on Guitar, Lee on Bass, and Bonham on Drums. Also Elton joined the band only playing live shows he is thought of by many fans as the 6th Miracle. They were playing small gigs until 1967. After a gig a record producer offered them a deal and they happily took it. There first album was called Water into Wine and was a big hit with teens, but with adults however it was despised. It was not sold in many stores but still managed to reach number 10. There next album was Feeding 5,000 as with there first album was disliked by parents, but loved by teens. The band then started there fist American tour in 1968. Their third album and final one released with the original line up was title Walking on Water was released in 1969 the last song on the album was the same of the albums name did not feature Dio but Ritchie Blackmore as the fifth of the Miracle 5 after Dio left the band to go join Rainbow and later Black Sabbath.

Break Through to the Main Stream[edit]

There next album Healing the Sick (featuring the smash single "Tax Collector") was the first with the new line-up (Ritchie Blackmore replacing Dio and Townshend replacing the deceased Hendrix). It also caused much controversy and was there first album to go number one in no only the US but also England. After the success of this album they began there 1970-1971 world tour. Some songs were recorded and compiled into JESUS LIVE! in late 1971. Around this time rumors began circulating Townshend was going solo and the band would break up. Jesus and the 5 quickly denied the rumor despite claims by Carlos Santana who said he would replace Townshend. Later it was revealed that it was actually Santana's evil twin brother Moammar Gaddafi had made the claims. After the flames cooled down the band proceeded to finish their studio work. There next album wasn't to be released until 1973 and was called simply Jesus and The Miracle 5. This was there 6th album to make it up to number 1. It is considered by many their best album and is often called the black album because of its cover. There next album would be the last with the new line-up. Jesus is Christ was released in 1974 and also reached number 1.

A few months later Ritchie and Townshend got in an argument over a pair of trousers. After this Ritchie Blackmore left to join Deep Purple. 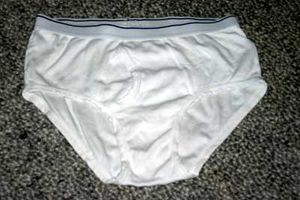 Pete Townshend was now lead guitar and Mark Knopfler joined as a backup guitarist. Right after they got there new line up the released 12 there first album after two years of touring. Then in 1980 they released Palm Sunday also reaching number one and was there most successful album by far. Then they had four years of touring all across the world. Jesus died in 1985 of being killed by an angry mob after they thought he corrupted their children. A single recorded by remaining members, entitled "He came, he saw, he conquered", was released soon after and was an international hit.

The bands ninth album was released three weeks after Jesus death and was entitled Crucifixion which contained songs recorded before his death. After the release the band split up. Daltrey and Townshend along with drummer Keith Moon and bass player Entwistle formed The Who, Bonham joined the hard rock group Led Zeppelin, and Mark Knopfler would later form the Dire Straits. Between 1986 and 1999 three greatest hits albums were released, one for each lineup. In late 1999 people reported seeing Jesus at various Supermarkets buying Cinnamon Toast Crunch.

Jesus was indeed alive and joined all former members of the band, after reviving Hendrix, for a new album entitled Resurrection and was there first album in 15 years. After the album they went on a tour that was the longest tour ever starting December 25, 2000 until Easter 2005. They have recently released an album entitled Jam 5/Chinese Democracy released in 2007. Stevie Wonder, Elvis Costello, Randy Rhoads, Chuck Berry, Buddy Holly, Dewey Cox, Kurt Cobain, Beethoven, Mozart, Jim Morrison, a hobo, Dimebag Darrell, and Paul McCartney have made guest appearances on the album. A new album entitled Save Us is set to be released May 21st 2011, and Brian May of Queen has shown some interest in playing on the album.

Bigger Than Jesus and Feud with The Beatles[edit]

On March 4, 1966 John was quoted saying "Christianity will go. It will vanish and shrink.... I don't know what will go first, rock 'n' roll or Christianity. We're more popular than Jesus now. Jesus was all right, but his disciples were thick and ordinary. It's them twisting it that ruins it for me." Since then Jesus and the Miracle 5 have had a feud with all four members of the Beatles except Paul McCartney who is in reality Jesus' half brother. Most of the anger directed to the Beatles was pointed at John Lennon. Since then JAM5 has stolen several acts from The Beatles, and stolen two songs from them. Jesus was also responsible for John Lennon meeting Yoko Ono. Also Jesus and Paul paid Mark David Chapman to kill John Lennon. The feud ended with Lennon's death for Jesus has stated the rest of the former Beatles are his friends now and he has forgiven them of their sins.

“It's a Hoax for Fuck's Sake!”
~ Jesus Christ on The DaVinci Hoax

“It's not a Hoax, trust me”
~ Pete Townshend on The DaVinci Hoax

“And I still want those Trousers!”
~ Pete Townshend on Trousers

A movie and book entitled "The Da Vinci Code" perpetuates an old rumor from 1969 that Jesus had a sexual relation with Mary Magdalene and had a child (Which later inspired Michael Jackson's hit "Billie Jean"). Jesus and the Miracle 5 denied this but athiests and agnostics alike point that this evidence is proof of Jesus lied to the public. To further produce proof the cover of the album Feeding 5,000 Magdalene is shown where childhood friend of Jesus,John, would be standing. This is once again the case in a promotional photo (see The Last Supper) where Magdalene is in John's place. In the album Resurrection a track entitled The Stone Grave talks about two ladies coming to a grave only to find the person was resurrected. Some say Mary is one of the women according to the Auto-Biography by God entitled "The Bible". Another popular contribution to the conspiracy is that on JESUS LIVE!,Jesus himself whispers "I love Mary". Jesus claims he is speaking about his mother Mary (The line inspired Let it Be's opening verse). Jesus has repeatedly denied any and all claims about the scandal. 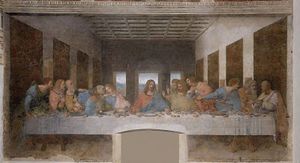 Save Us concept Art 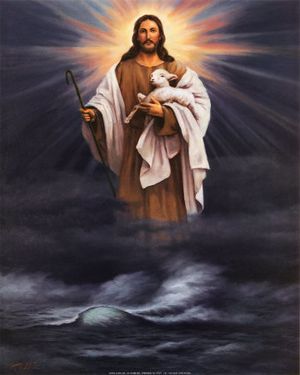 Save Us Album Cover

Hendrix recently announced a new album entitled Save Us will be released May 21st ironically colliding with apocalypse predictions. Jesus has not yet announced his opinion on the predictions but are widely believed to be Bullshit

Jesus and the Miracle 5 have influenced every band ever formed no exceptions.