From Uncyclopedia, the content-free encyclopedia
(Redirected from Internal Combustion Engine)
Jump to navigation Jump to search
“I always have Chinese Lung on call to jump me, my car I mean...”

~ Oscar Wilde on his car

In contrast, external combustion engines work outside the confines of the device.

The internal combustion engine is believed to have been invented in China following the invention of fireworks. Folk lore states that "the engine was curious, but bristled with teeth." We can see these early displays of the engine in modern day festivals in China, known as a "Chinese Lung", which is one of the few remaining dragons. Each engine is created by the gas produced by these dragons which turns the pistons and gives it a "soul", all Gasoline is also the Urine of said dragons. As chinese lungs are major counter part of global pollution today major security is placed upon and so men are hidden within the dragons every festival to spot unsuspecting dragon snipers. Many attempts have been made to create a engine with the dragons inside the engine, but so far the pyrotic potential has destroyed all attempts (see zeppelin). 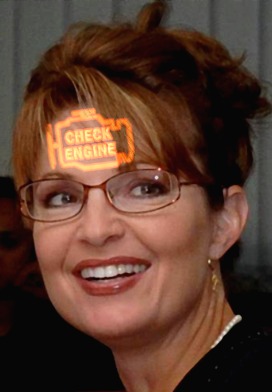 It's important not to ignore engine warning indicators.

Microsoft has replicated the workings of the combustion engine on their application "Microsoft Metal Bits", unfortunately it is not used in its intended way because it was found not to be user freindly. When we asked Microsoft we were referenced to the programmer (Beaker) who said "Meh!" on the matter, and stuck his head under his lab jacket. Though Beaker did inadvertanly create a superior to "MS Paint", "Microsoft Metal Bits" is now used in preference over paint by people who cannot understand photoshop (or layers).

Films such as "Brave Heart", "Reign of Fire" and "Mary Poppins" opress the use of modern day Combustion Engines and proclaim we should kill all dragons, but this is not to be believed as all those films are made by Hippies.