From Uncyclopedia, the content-free encyclopedia
(Redirected from Hate crimes)
Jump to navigation Jump to search 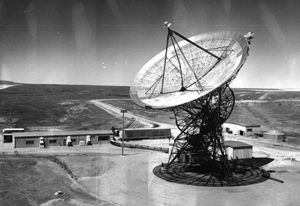 For those without comedic tastes, the so-called experts at Wikipedia have an article about Hate crime.

A hate crime is an act against a difference that they may not be fond of. It has been said that many hate crimes happen all across the country and the considerable extremes of said hate crimes have often been known to question society as a whole.

What constitutes as a hate crime[edit]

Imagine you're walking down the street. You see a person who's just like you in every way: same clothes, same face, same everything except there's one difference ... he has a mustache and you don't. The fact that he has a mustache makes him different in society, and as a person you naturally hate when things are different. So what do you do? You attack the guy head-on without any warning and because he's different from you; you felt the need to beat him up. It constitutes as a crime therefore if you hated on another person, it is in fact a hate crime.

The existence of hate crime[edit] 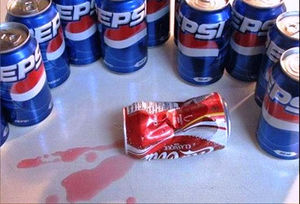 A bunch of Pepsi cans surround a beaten up Coke can. This is obviously a hate crime.

Hate crime has existed since back in the olden days when slavery ruled the land. It has been said that there was a major difference between those who were rich and those who were poor, in fact the rich often lauded at the poor for their inferiority while they perceived themselves as superior; the fact that slavery was often considered acceptable in the past does not constitute a hate crime but the fact that it's almost revered in the present does constitute it as a hate crime. Why? Because the rich would often lash their whips at them, call them names and treat them as if they were shit. If that isn't hate then what is?

Hate has existed since the dawn of time; tell me, what happens when they solved a major problem such as slavery and race issues? I'll tell you what happens, something new pops up to take its place whether it's the different colors of people or a disability where they're unable to fully perform to expected standards. Crime has also existed since the dawn of time as well; there have been robberies, murders, acts of indecency, fights and those were no different than they were in the past, except for the fact that we didn't have loud annoying alarms and security systems that supposedly help prevent crime. So what happens when a crime combines with a source of hate? That's right, it's a hate crime regardless of the crime you committed. 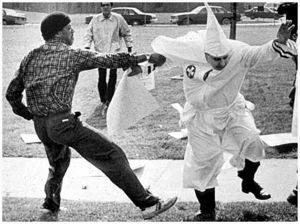 Ironically, hating the Ku Klux Klan itself is a hate crime.

Attempts have been made to stop hate crimes with several PSAs being produced through several decades; they have attempted to teach the world understanding, that it doesn't matter whether they're a different color or have a different way of thinking but as it naturally turns out, no one learns this lesson. They keep on drawing perceptual lines separating them from the rest whether it's rich or poor or different colors; this is why police are assigned the task of preventing hate crimes but they often commit hate crimes themselves by beating up innocent people and using their police technology in order to show superiority.

There could be bullies who beat up geeks because they are weak, there could be air particles hating water because they're heavy, there could even be planets who hate other planets because they're bigger than them – in fact, this is why the Moon covers up the Sun every twelve hours, to spite the Earth – and each one of those things would be a hate crime, intentional or not. And contrary to popular belief, there are no limits to hate. Just look at the Ku Klux Klan; they're basically a group of hate and since they're a group of hate, every action they do could be considered a hate crime. It seems like wherever there's anything, there will always be hate no matter what the thing is.