From Uncyclopedia, the content-free encyclopedia
(Redirected from Albino)
Jump to navigation Jump to search 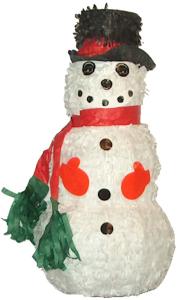 Frosty the Snowman, also known as the 'Undark Prince'

Whitism (Pronounced White-ism, and also known as albinoism) is the latest religion to hit the misguided public. Whitism involves making several changes to the whiteys lifestyle and appearance, the main feature having skin so white it would make vanish oxy action ashamed.

If you see anyone with the following characteristics, they could well be a whitey:

Do not be alarmed if you see a whitey, there are things you can do.

What to do if your child is a whitey[edit] 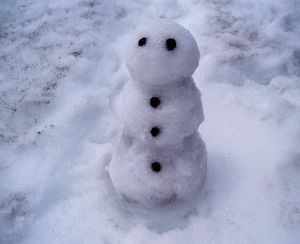 Try and break their beliefs. Most albinos believe that frosty the snowman created earth and that he is omnipotent. You can crush this belief by showing a video of a snowman melting.

Second, do not let inform the whitey that you know they are a whitey. They may inform fellow whiteys and you will be killed or bleached.

Finally, don't sing "Ebony and Ivory", it's really annoying, whitey or not.

Also, Whatever you do, dont tell him that he is "Cool". That's their word. Like the black's and their word

Many have tried claiming to have started whitism or have simply said "I liked it before it was cool".

The truth is that no one knows who created whitism, though some claim it was frosty himself. Michael Jackson has repeatedly claimed to have started whitism but this is a lie.

Recently it has been unearthed in the depths of the antarctic ocean that it was in fact Will Maletz who started whitism. When he popped out of Sally's vagina and the sun hit his skin it rebounded off making everyone in that room blind. The end. 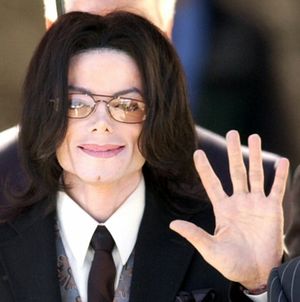 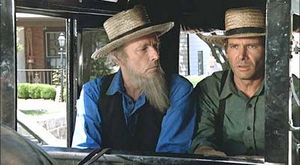 Taken from the movie Whitism (or is than not punny?)

Yes, Whitism can be stopped. If only they could handle the sun for longer than 60 mins without burning up this would happen. Unfortunately, some confused Black people are bleaching their skin to become whities, Just like Whites are taking Melanin tablets to try and boost there Vitamin intake from the Sun.

Because whitism is taking hold of several nations. Many countries are taking part in mass flag-bleaching protests, demonstrating their support in albinoism. This includes the KKK who have repeatedly praised the ideals of whitism and rumours have it that talks of joining the two organisations are taking place.

Many other commercial companies have taken advantage of the whitism craze. Sales of flights to Sweden (home of frosty) triple every 23 seconds. Money-making schemes to form from the take-off of whitism include the release of the white chocolate kit-kat. It is also partly to do with A man named Nick barkley, who is an albino.

there is just no way to stop it. Can Christianity be stopped? No, because way too many people believe in it. Your next door neighbor could be involved in whitism, and you would never know it.

However, whitism is running into some problems as a religion. Whitey teachings, such as the four elements being snow, ice, sleet and really really cold water, have put some to doubt over why they need so many different forms of coldness, and would a benevolent Frosty allow such a thing?

Whitism has also come under criticism for constantly changing its stance on whether to save the panda or not. The Whiteys are faced with an unsolvable conondrum - is it black on white or white on black?

Nevertheless, if you are a Whitey there is no reason to worry, unless you meet Kristin Ozelis in a dark alley cause she most likely will try to eat yah face and then you'll be a whitey. Whitism is still going strong, and as the old whitey saying goes: "mmm...white" 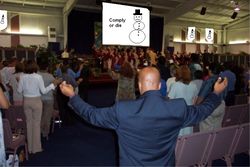 The Whiteys once organized an expedition to Antarica, yet they found it deadly there. Since that day they have worked with Frosty to find a livable white "homeland". Alaska is promising, yet Mr Bush doesn't like them as he dislikes slave's children (see white slave movement). This angered Frosty and he made Micheal Jackson white as divine punishment, but he didn't modify his behaviour. Haviq did that. And so the Whiteys are mounting a secret invasion. Wherever it snows or is cold you know the whiteys are trying to invade.

Being albino is a terrible, terrible ailment. It usually happens to people when they drink too much milk, or share 98.234% of their DNA with Casper (the friendly ghost). Their hair is generally speaking made of lactase and looks very much like what happens when someone jizzes on a partially bald guys head. Never ever let them get started on how funny they think they are - because all you'll have to do is knock them down a few pegs, and the world becomes a much better place again. In reference to "Fuckin' Bino's", having sex with a Bino is a magical expierience of heavenly orgasmic pleasure, almost too the point of heavenliness as far as satisfaction goes. Binos are known too be the scum of the genetically disadvantaged, for a reason which they could easily have prevented or acted against, which is the random natural act of genetic sequencing. Not too mention the other 1.something or other % of their DNA is shared with fresh water tuna.