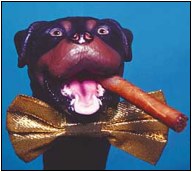 Aikido is a martial art developed in the 12th century by disciples of The Oldest Trick in the Book.

In 1138, Chinese masters practising the tricks found within the Book discovered that they were very much disliked among the people of the surrounding community. The people had become upset with the masters for constantly pulling these gags on them.

Soon, the masters found a way to not anger the townspeople so much. When they would perform one of the tricks, a master would follow it with "I kid! I kid!". This would allow The Master to share the joke with the person, and both would enjoy a good laugh. lol lol

The disciples, as one of their jokes, suggested a mystical origin for the word uttered by The Master. Their quest brought them to invent the word "Aikido" and make it come from three stupid, meaningless, but impressive nonetheless, drawings.

Aiki is the principle or tactic expressing the idea of oneness or joining together in the midst of combat ("together" meaning you and the mat). Aikidoka start learning this valuable lesson from day one.

~ Steven Seagal on Kicking the groin

In recent times, Aikido has been corrupted, and actually has become one of the tricks in the Book. In the late 20th century, Aikido master Triumph the Comic Dog used this art to say really horrible things about people, and then make them believe he didn't mean it. In reality, Triumph meant every word and would laugh with others behind the backs of his victims. This corruption of the basic tenets of Aikido has been denounced by martial artists and talk-show hosts worldwide.

Currently, Aikido specializes in the trick of blending the opponent (known as uke in whatever language the word "Aikido" comes from, translated as "sucker" or "suker") with the mat in which Aikido is rehearsed. This trick is typically performed in pairs. The person standing helps the sucker blend with the mat through circular motions of both bodies. A typical session of Aikido "practice" consists of the sucker continuously, noisily and painfully blending with the mat, then unblending, then blending again. This remarkable effect is achieved by the person who executes the blending, holding the sucker's arm, putting sweet spices on it, serving it according to his or her taste, paying attention to the proper folding of the ribcage, and doing obscure muscle movements with one of the heavily-trained eyebrows. Right after the blending is successful, a complimentary wisecrack is on the way, explaining the way the sucker fundamentally fucked up your technique. After a couple of blends, both perform a small, miraculous mutation trick by making a movement which resembles a bow. With this, the sucker is able to mutate into a nage, a person standing, and the previous nage suddenly reverts to suker. And the blending starts again.

Like Kung Fu, Aikido is modeled on nature. Having been recently corrupted, however, Aikido animal forms have been replaced by modern object forms. The following is a non-comprehensive list:

Note: If you are considering practicing aikido, please be prepared for the severe beating you will receive if anyone EVER finds out. Thank You.

“Those people can really fly.”

Sukemi is a secret technique based on the principle of Balducci levitation. It allows one to safely take an aikido trick like a man when somebody else is doing it on them, so that everybody laughs in the end. While performing these levitation techniques, it helps a lot if the suker has intestinal gas. The proof of time shows that talented sukers have arose from the masses of pregnant women in the 3rd trimester, Mexicans, some preachers and nuns. All the old farts in Jeb Bush's state are also excelling at sukemi.

An advanced suker can control with great accuracy the release of the gas, and eliminate the Coanda effect that the jet tends to experience next to the exhaust pipes. Performed at night and in large groups, sukemi can produce excellent displays known by astronomers as meteor showers.

It seems that in the lower grades, some people may experience strange mythilogical symptoms or effects when practicing Sukemi, It is not yet known what causes them but more just what they do. Generally, new comers to the art of Aikido usually experience something called "Fö Lö Thrú" when practicing Sukemi. This instantly causes a shart or light splatter in the customary Y-Fronts whilst levitating. But this can be seen as good Sukemi in some dojo's and it is encouraged to "let it all out" during Sukemi as bowl motions can also be a form of Kiai. It has also been noted that Sukemi and matches should NOT be mixed, not only does this cause severe chaffing to the rectum area but it also causes large erotic flames to sprout from the anus. There have been recordings of people mixing the two and being left decapitated or limbless after suddenly going into a fit of spastic orgasms and foaming from the mouth, ears, eyes and genitila.

Since Robert Twigger's influential book, Aikidoka use white pyjamas for maximum anger and contrast. When an Aikidoka's blending skills have grown so much that he or she is no longer in excruciating pain when blending or blending no longer represents a challenge for him or her, the sensei (an ancient word meaning "Bastard Drill Sergeant from Hell") makes the Aikidoka wear special baggy pants called Hakama (relatively new word meaning "Baggy Trousers From Hell"). This moment marks a new beginning for the Aikidoka, whose various injuries had just started to heal, but is now forced to learn everything from the start, with the added burden of the heavy and hindering hakama. While Aikido tradition considers this to be a valuable learning experience, statistics show that most Aikidoka don't.

Aikido practiced indoors, in rooms with poor ventilation, can lead to burning sensation of the eyes. The unpleasant effect can be avoided by the use of goggles, or by eating less garlic and more fiber.

Due to increased danger for fire or explosions, smoking is prohibited in all areas where Aikido is practiced. Practice of Aikido may also lead to severe awesomeness and thriving of the mind, soul, and Ki areas. As a safety measure, due to the increasing popularity of aikido over the past years, a lot of western European countries have banned smoking in all public places. Also, if practicing with anyone by the name of erin, safety goggles, Hazmat suits, and hard helmets are required.

The explosions at WTC in NY, on the trains in Madrid and on the London tube are thought to be the result of addicted smokers that ignored the "no smoking in Aikido areas" signs.