From Uncyclopedia, the content-free encyclopedia
Jump to navigation Jump to search
“Don't even read this page.”

~ Oscar Wilde on something Again told him

“I claim the invention of everything for myself!”

“Again may have lived long, but I've lived even longer”

Again was a man born in 1800 who claims to still be living today, but no one believes him. Most noted for his invention of the starfish.

Stuff Again may or may not have done[edit] 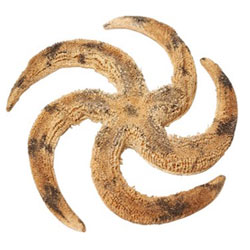 Well. Again claims to have invented the starfish. He did, but no one believed him when he said so, because he also claimed the invention of nuclear power, fire, the gods. Again was most noted for claiming to claim things that weren't actually claimable by him and subsequently got hanged and dismembered for it, despite still being live tomorrow, somewhat like Jesus. Again also claimed to be Jesus.

Again is everywhere, for one reason. Again claims everything, and since things in lost and found boxes can be claimed by anyone, Again is constantly claiming things from them. Again claims that Uncyclopedia tried to harness his power of being everywhere to power the website, but this claim has been refuted and ignored by the population at large.

Again claimed to have many adventures in many different time periods. He said that he wielded a laser sword a long time ago somewhere far away, whilst going to somewhere...the middle east, I think, where he fought the dark lord Sauron as well as killing lots of dungeons whilst exploring some dragons, or something. He was known as claiming to have widely battled cyborgs during the reign of Terminator and killing countless invisible things by flailing his arms madly in the air.

Never actually happened, although he claimed that it did. We are told, by Again, that he lived in Beverly Hills and owned Michael Jackson while wasting the days in his swimming pool. He often told this to the people he was begging money off of down in the slums.