For those without comedic tastes, the so-called experts at Wikipedia have an article about Wilhelm Reich.

Wilhelm Reich (March 24, 1897 – November 3, 1957) was a feared Austrian-Jewish scientist, being the first psychoanalyst to discover the existence of a male sexual orgasm.

He refuted accusations of Nazism, despite his name being Reich. He was a communist for a while, but was expelled from the Communist Party for suggesting that sexual orgasms could be more fun for the working class than a proletarian dictatorship. Wilhelm is credited with discovering and attempting to popularize Orgonomy[1], the study of bio-electrical power generated by human male gonads.

He also claimed he could microwave a horse in 13 seconds on the defrost setting.

It was not recommended for boiling eggs. 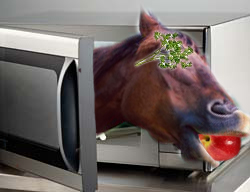 A lifetime of nomenclature related difficulties[edit] 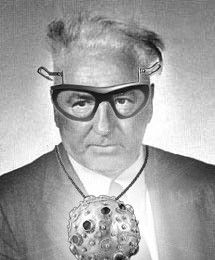 Reich was a serious man

One of the problems Wilhelm faced throughout the time that he was alive, which was all of his life, was his name. The name "Reich" often caused others to ask him about his Nazi past, or to accuse him of being an anti-semite. He disputed this charge on the basis of himself being Jewish. Not wanting to protest too much however he would sometimes deny his own Jewery. In fact, he refused to wear jewelery of any kind except for a grapefruit size bronze ball around his neck which he called his "Orgonosphere".

In 1897 Leon Reich and Cecilia Roniger were living in Hitlertown, and were blessed with a third member of the Reich household. Shortly after his birth the family began a life on the road. Wherever they set up their tent, Leon would erect a sign to ward off unwanted visitors which read "Dis ist Mein Kampfsite!"

As an undergraduate, he was sometimes to be found in the company of a known pot-smoker and beat poet, one Sigmund Freud. 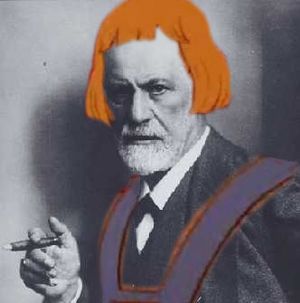 While an undergraduate at Psycho-Doctor school Reich said he was impressed by Freud's ability to "summon the power of Greyskull" by holding his magic sword aloft.

Reich later wrote that "I decided my own source of cosmic power might be found in my pants."

By holding his crotch and reciting "By the power of my gonads!", Reich claimed cosmic secrets were revealed to him.

At one stage having heated various materials to incandescence with a heat-torch and attempting to fuse them to his groin he accidentally set fire to his trousers. The resultant smell, he surmised was due to "orgone" in the atmosphere.

He often wore his smouldering 'Orgone Power Pants' to his frequent court appearances.

Reich said orgone was the "primordial cosmic energy", and that a single blast from his magic gonad Orgone Power Pants would silence all his critics.

His orgone accumulator power pants had the appearance of those later worn by MC Hammer. He believed that sitting down in his pants might provide a treatment for uncooked poultry.

At a press conference Reich removed his Orgone accumulator power pants, and revealed himself. He later claimed he was protecting the journalists from the "dangerous levels of energy building up within my trousers."

On December 30, 1940, Reich wrote to Albert Einstein saying he had a scientific discovery he wanted to discuss.

Following their meeting Reich supplied Einstein with pair of pants he had constructed out of a parrakeet cage. Einstein performed an experiment in his basement, which involved taking the temperature, humidity and electricity atop, inside, and near the trousers to check for signs of Orgone power.

Einstein later wrote about how, "although the trousers did not appear to have new or unusual properites they were extremely uncomfortable."

In October 1956, Reich violated an injunction preventing him from frightening people by again removing his pants and calling on the "power of my gonads!" 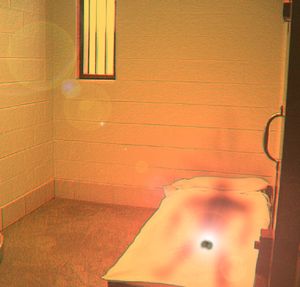 He was charged with contempt of court and sentenced to 26 years in prison.

Reich mysteriously disappeared from prison just two weeks after his incarceration. His body was never located and remains a missing person's case to this day.

All that remained in his cell was a the burnt outline of a human figure on the bed and a pair of magical human gonads.