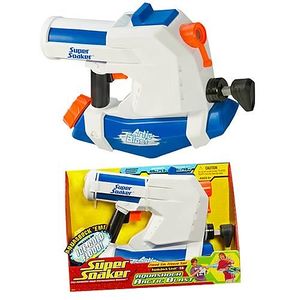 For those without comedic tastes, the so-called experts at Wikipedia have an article about Wet t-shirt contest.

The wet t-shirt contest is a ritual as ancient and revered as sliced bread. The basic premise is that an extremely absorbent t-shirt is an admirable quality, which has become to subject of much controversy.

Early humans appear to have held few, if any, wet t-shirt contests. There are many theories as to this surprising lack of such competitions. The latest research claims that the most responsible factor may have been simple lack of available t-shirts, however, this is subject to some debate as t-shirts were not invented until several hundred years after the first documented wet t-shirt contest. The contest in question occurred between passengers on a large cruise ship / menagerie. The competition was suggested by the captain, a man by the name of Noah who was quite insane. He claimed that the rain was divine inspiration for the women on board to "show us your boobs!" It is believed possible that the t-shirts were provided by a charitable time-traveler, passing through on an errand for the Kool-aid man.

Since then, the wet t-shirt contest has only grown in popularity. This type of contest is especially popular with women that have small busts, in an effort to compensate for their size. It is a little-known fact that most of Oscar Wilde's popularity was due to his fantastic shirt-absorbency.

Wet t-shirt contests have been going on for centuries without incident. Tradition is paramount. However, within the last ten year, spandex pundits, in an attempt to bolster their falling stock prices, have launched a smear campaign. The argument presented cites the dangers of high-absorbency fabrics near the heart, as well as the environmental cost of using large quantities of water, in an attempt to sway public opinion so the general populace believes that the wettest t-shirt is in fact the loser, rather than the winner, of the (they argue) grossly misnamed contest.

If this publicity campaign succeeds, people would be forced to buy huge quantities of non-absorbent spandex clothing in order to gain standing in the newly renamed dry t-shirt contests. The spandex companies would achieve a minor win in form of a marginal improvement to their profit margins, however to world at large would lose out horribly by being forced to see a lot more spandex. Nobody wants that.