About the reviewer
[edit] 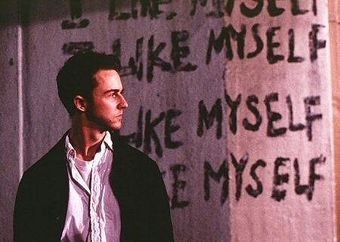 I am, first and foremost, an activist, a citizen of my world, in the word's fullest sense.

Please, pay a lot of attention to what I am going to say. I choose my words carefully and I will not repeat myself. Unlike billions of others who believe their auto-determined purpose to be of an utmost and immediate importance to the world they spend so much time inventing, my auto-determined purpose is known to be of an utmost importance to the world - the whole world. As a proof, I was chosen the Time Person of the Year in 2006[1]. Ever since then I have been the most heard activist, especially on the Web.

The reason of my popularity is that I don't make a difference between causes. What seems inconsequential to some might be the very reason for which I exist. I am not afraid of controversy - I voice my concern when I feel it right to do so and then I face the consequences. There are no forbidden topics - whether it is the reason the Apocalypse got postponed from 2012, the true role of the CIA drones in the Tunguska explosion, the decline of Marvel, my cat or even the properties of stomach hair of those in their middle age - everything gets the right coverage. What I talk about doesn't play a role as long as I have formed a solid opinion about it - which I most certainly have.

Now, don't get me wrong. I am not trying to boast - this isn't in my nature - or, even less, enlist you as a fervent financial supporter of my activities. What I am only trying to convey here, Mom, is that if I have decided to watch all 15 episodes of a show entitled Jacomo's Belly Fluff, well, I probably have good reasons for it. 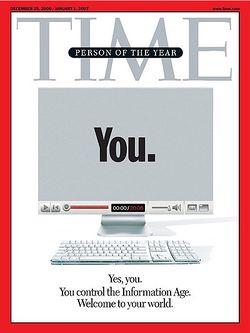 Now, despite having as many great accomplishments as myself, the only thing I dare to beg for is the respect of my privacy and personal activities.

Ok, I was entirely sure we've already gone through all this. I have my private space and you have yours. For instance, I don't ask why every day there is a different person in our house who I am supposed to call "Dad".

You, on the contrary, don't intervene with my hobbies and don't ask for reasons, details or explanation. I am a completely responsible grown-up now.

The story: a short rèsumê
[edit]

Seriously, you should have watched the previous fourteen episodes. What do you expect from me - an in-depth summary and analysis of the entire first season?

No, I do not have any "odd fascination" for belly button fluff, no more than for supernumerary nipples. Wait, you completely misunderstood me, this show is so different from the four seasons of Martha's Fifth Nipple, you can't imagine! 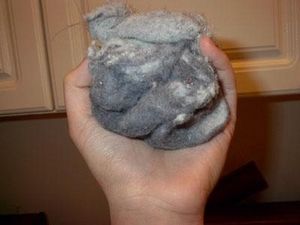 Today, when more people lack proper clothing than proper internet connection, what is seen as a problem should instead be considered a solution.

Jacomo's Belly Fluff is a lot more than what it sounds. It's a pretty deep story about how society can't accept those who don't meet certain pre-determined arbitrary criteria. Right! People like me. It's all about accepting having to accept others, even if they are different from yourself and unwilling to change, because, you know, if they did change, they just wouldn't be the same people anymore, right? Subtle stuff.

Jacomo is a guy in his mid-40s and also a very lonely fighter, fiercely conquering his way through the post-traumatic consequences of his mid-age crisis. Right, I'm pretty sure it's a name of a real medical condition, here. He's first fired from the garage he's spent 20 years in, he is rejected as a plumber due to his "insufficient skill" and, as if that wasn't enough, one morning he wakes up with several milligrams of navel lint in his belly button. Not thinking too much about it, that night he goes out with that young girl[2] whom he met on the internet. His friends have arranged a romantic dinner for them at that garage he used to be working for, which is a sort of a revenge for the boss, who doesn't realize it, though, as he has been kidnapped by some gangsters (whose identity is irrelevant to the pollen).

So, basically, all goes reasonably well until, you see, things get intimate between them,[3] the girl in question spots a piece of aforementioned fluff on Jacomo's belly and decides that, well, poor Jacomo just ain't the right type for her.

That's where the parallel between us two ends. My girl didn't run off because of some lint, but because her parents told her my age and the fact that I was unemployed, despite her almost being 18 and already knowing what she needed for herself. I admire your deduction: as the matter of fact I did get fired. No, this of course isn't the world's end, simply a combination of several factors that all met at a particular point of the time-space continuum, leading to this change in my lifestyle: notably, some very mean people, a lack of opportunities for developing my natural capacities and a lot of bad luck.[4] And it isn't as if it was a major change: the only difference is that when I got the news from my boss, I was only on episode 10, while I am currently finishing 15. I don't think the world is going to collapse on itself just because of that, you are just being paranoid. In short, let's just move on. 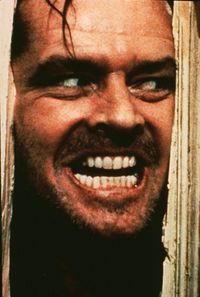 Anyone else in Jacomo's place would have been pretty upset especially after learning that it's enough to shave off your stomach hair to get rid of the belly button lint. See how useful TV is? But Jacomo is still not broken. He learns to accept himself the way he is instead of setting unrealistic goals for himself. In layman terms this implies that I am not even going to try reapplying for any job, because if you love me for who I am, you'll love me broke and unemployed.

Back to Jacomo, he goes as far as accepting his fluff as a gift and ends up not shaving anything. All in all, something like a story of an unusual relationship between a man and the inanimate world, testing the very limits of social acceptance. The story isn't over, though. I've heard rumors they'd be making another season, soon, but this won't be about Jacomo or belly fluff anymore, seeing the plot has to develop. I mean, they have to make money off of it, don't they?

In a few words, Jacomo's Belly Fluff is a very accurate social reflection on what it's like to be in possession of navel lint, which I can perfectly relate to. And my position as a jobless social observer and activist makes me, by far, the most suitable candidate to spread awareness on topics that would otherwise remain unknown to the public - and as you should realize I can delay from this no longer.

Just permit me to point out, Mom, that I have just realized something: my duel with widespread ignorance actually relies on financial contributions from citizens not so implicated in global affairs as I am. So please, don't be late for work - remind yourself of the significance of your activities for everyone's welfare!