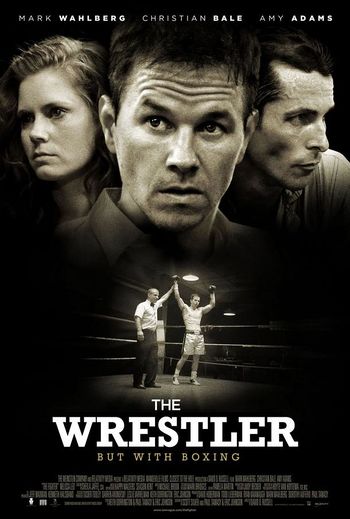 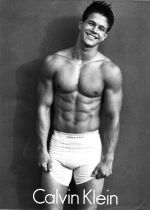 This scene took a lot of effort, because my abs had to be fully pumped before they could start filming.

"I think this is the greatest boxing movie of all time, because it has lots of stuff in it about boxing. My mother told me not to watch this film as it has naughty language in it and lots of violence, but my girlfriend told me that I should not be such a pushover and ignore her, but I can't do that because they're my family.

The film was also good because it had lots of neat touches that no-one recognises, like how we spliced what we filmed with actual footage from the original fights of Micky Ward's. The director did not want to waste the time with this as no-one would really notice, but I had to because my uncle said that artsy-fartsy types would appreciate it, and he's my family. I can't say no to him.

Another cool thing about this film, was that a lot of the stunts we did were real, even the boxing matches where I had severe concussions. At one point, I had to go see a doctor, and he told me that if I continued filming this way, it would inevitably result in severe mental retardation, but my father said that I needed to make the stunts look as real as possible, and I can't disrespect his wishes. He's my family.

My abs in this movie were totally phenomenal.

The lengths the cast as a whole went to achieve character was really phenomenal. I woke up at 3AM every day for four years training for this part, and Christian Bale got high on crack every day without fail to maintain character as Dickie Ecklund. Melissa Leo as my mother also nagged at everyone all day long, and Amy Adams wore some really revealing clothing. In total, the cast in this film was really top notch.

However, I think the central performance in this film comes from me, and was Oscar-worthy in itself. My abs were totally ripped throughout filming, and my Boston accent never failed.

Overall, I would give this movie a 10 out of 10, because my mother says I should never undersell myself, and I can't disagree with her. She's my family!"

Dis movie made my fuggin' teeth herwt. Although Nadalie Portman deserwved her Osca' for all dose bawway scenes she did. Dat shid was hawt. 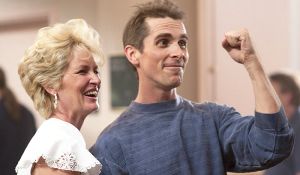 Wisten cwosely kids. If ya movva eva tries to make ya clean ya woom like Marky Mark's did, you should knock dat bitch in da' fuggin' face, and tell her where da get awf.

"Marky Mark piss' me awf jurin' filmin', cause all he do is complain, flex his abs in da miwwor, an take bullshid offa his famwy all day. Guy needs to gwow a pair of bawws. Howeva, dis wassa reawy gweat movie cauz i' define' wa'd a ladda boxi'g movies are abou'd. I'd hadda ladda shots of people gettin' punch in da face. Also, have you eva' had a cheezburgwer fwom Lowell? Ain'd nuthin' beda' dan' a Lowellian cheezburgwer, or celebwashun' cake as well. Dat scene in dis movie were my charactwer, Dickie Ecklwund gives up his cwack addicshun was carried in total by my perfwormance and dat Lowellian celebwashun' cake. I' was a definin' scene.

Eve dough I finawwy god my Osca' and a Lowellian cheezburga', I stil hate dis movie, cuz half my teeth fell out jurin' pwoducshun, so I'mma give it a 5 oudda 10. Oh, and Wobert De Niwo can go fug hisself." 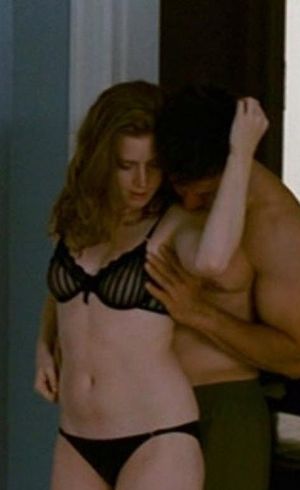 Oh my God! This movie was such a pain in the ass to make. Christian Bale hit on me like every stupid day, when he wasn't getting high, and Mark Wahlberg was on the phone with his mom, like, every five seconds. This movie was supposed to be my ticket out after making Night at the Museam 2: Battle of the Smithsonian.

Charwene, you bes' shudda' fug' up before I pop you in da' mouf.

This film was totally stupid and sexist and should be burned!

Hey, you can't talk to her that way! And her name's not Charlene, it's Amy. Hey Ma? MA!

So, as I was saying before I was rudely interrupted, this movie totally sucks. It's just a stupid macho, dick-measuring boys' fantasy, and I wouldn't recommend it to anyone. I give it a 1 out of 10. 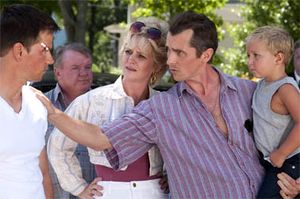 Cuz you're my co-star, Im'ma tell ya now: someone gon' get knocked da fug' out.

Ain't no-one listen to that stupid MTV girl. This movie is stellar, and Christian is great in it. That ginger skank is probably just sore after her last abortion.

Who you callin' an MTV girl, you old bitch!

Don't you dare talk to me that way!

Please stop fighting you guys. You're my family!

Please you guys. Stop it! 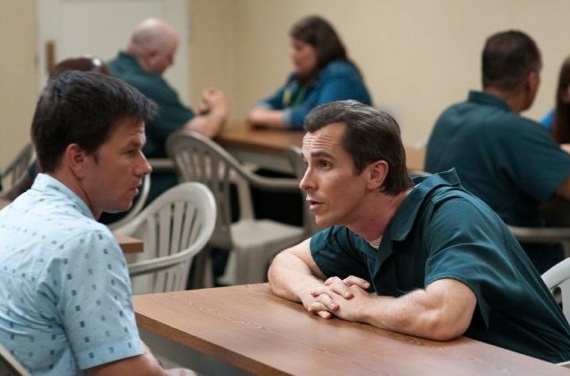 "Ya know Marky, da' lawz on domestic battewry ain' as flexible as dey usedda be. So, did you watch da scene where Nadalie Portman makes out wit' dat otha' gurwl?"
Retrieved from "http://en.uncyclopedia.co/w/index.php?title=UnReviews:The_Fighter_(2010)&oldid=5982515"
Categories: