From Uncyclopedia, the content-free encyclopedia
(Redirected from Toupee)
Jump to navigation Jump to search
Whoops! Where'd all that hair go? 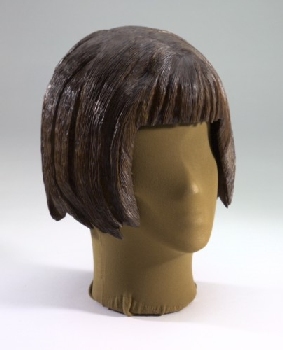 A wig on a wig post, which is much like a nest. Wig posts are made by wigs from styrofoam and paper mache.

The wig (fonee hairum) is the sixth largest species of the weasel family, and is also called the toupee. Wwild wig thrives in the arctic north, but sightings have also been confirmed in Africa but are not seen in the winter months because they hibernating. 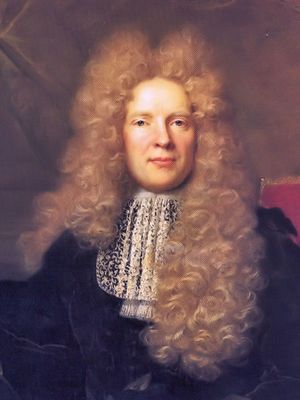 A wig made from chicken nests, chickens, rope, and other wigs.

The wig comes in many shapes and sizes. They all share a similar anatomy: that of being mostly hair or mushroom fur with a rough underside. However, the hair style and color varies greatly even in the same species. From rainbow colored puffs to tawny brown bouffants, many wigs resemble the varied hairstyles of human beings.

The wig's fur is usually very dense, which makes it less likely to retain water. This makes it resistant to frost and allows it to keep warm when hibernating. Wild wigs can grow up to nine feet in length and weigh over two hundred pounds. However, due to selective breeding, domestic wigs are small enough to wear on one's head.

In the wild, and left to their own devices, wigs are vicious carnivores. While they primarily feed on wildebeasts, they have been known to attack polar bears and penguins. They are generally not aggressive towards humans, but will attack if provoked. A mother wig will defend its young to the death.

Wigs inhabiting Africa are more ferocious than their arctic cousins. This is due in large part to their dwindling numbers, as they are hunted for their pelts, which are sold around the world.

Wigs mate in the spring, and gestate for three weeks. The average size of a litter of wiglets is four pups. The young wiglets mature in two years time, and can live for exceptionally long periods. The oldest found wild wig is figured to be nearly 100 years old. Domestic wigs, however, are virtually ageless, and will live as long as their owners are willing to maintain them.

A wall in an industrial wig farm. These are ideal conditions for wigs growing in captivity.

Wigs are raised in captivity in hellish and impersonal conditions. They are genetically engineered to suit the needs of balding humans. Due to the wide array of tastes that bald humans have adapted for hairstyles, many wigs have to be produced. Record numbers of wigs are being produced each year. They are raised to maturity (or for a single year, if intended for use by children). Last year, the number of wigs born in industrial wig farms totaled in the billions.

Wigs are kept by the thousands in cramped warehouse-like factories, where they have very little room for movement. Each wig is given less that a square foot of space. They are given genetic hormones to grow fur in any of thousands of different styles, which makes them develop irregularly. When wigs are ready for processing, they are loaded into crates and shipped to processing plants. They are unloaded and hung by the roots on a moving conveyor belt. While on the belt, they are stunned, and their throats are slashed. The wigs are then broiled for an hour to loosed the flesh. From here, they are moved to an assembly line where they are skinned and prepped for sale.

An outdoor view of an industrial wig plant from the 1940's. Back when the world was black and white, conditions were even more inhumane for wigs.

Some people choose to raise domesticated wigs as housepets. They are exceedingly useful in catching mice, and scaring away unwanted guests. Some breeds, such as the clown wig, are wonderful with children.

Wigs can be bought in pet stores, or, captured using special technology available in many hardware stores.

The people with the most wigs in the world are Cher, Lady GaGa, Nicki Minaj, and RuPaul.