From Uncyclopedia, the content-free encyclopedia
(Redirected from Radio 4)
Jump to navigation Jump to search 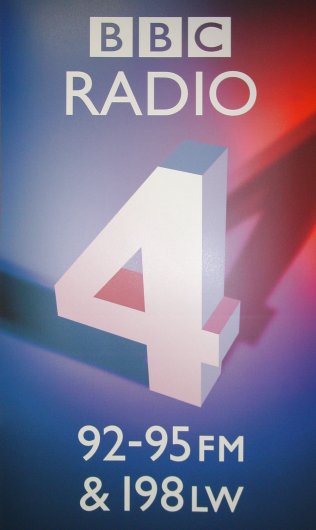 “This is Charlotte Green, with my back against the wall getting a good seeing to, next up Just a Minute. Go for it now Big Boy!”

BBC Radio 4 is the best radio station in the United Kingdom (except for Absolute Radio, BBC Radio 5 Live BBC Radio 1, BBC Radio 2, BBC Solent but just pips BBC Radio Cumbria) and part of the BBC broadcasting empire. Radio 4 schedules are made up of comedy, drama and talk. It came to prominance in the news recently when a politician shot himself rather than face an interview with John Humphries on their flagship comedy programme, Today. It is also sometime broadcast to New Canada.

The birth of Radio 4[edit]

In 1989 then Supreme cockroach of the BBC, Virginia Woolf went into labour, and out popped a serious-minded and high-brow alternative to the mindless Shit radio stations. Radio 4 was born in early 1990, with Noel Edmonds as controller.

With Edmonds at the helm, the station quickly became the first choice for the discerning listener, a position previously occupied by the likes of TalkSport and Virgin FM. During his six years in charge, Edmonds pioneered several innovative programme formats, such as the Sooty show, which quickly was transferred to television due to its amazing public popularity. The station under Edmonds' benign dictatorship reached previously unknown heights of popularity and critical acclaim.

Disaster: The Chegwin and Philbin years[edit]

In January 1996, the day-to-day running of Radio 4 was handed over to Keith Chegwin and Maggie Philbin. Sadly, neither Chegwin or Philbin had the credentials or experience to run a serious radio station, and scheduling suffered. Radio 4 began to commission notably moronic and dull fare such as You andYours and the insufferably smug Quote Unquote. Even the Today programme was subjected to a baleful "reimagining". Listeners deserted the station in droves and Radio 4 lost its coveted position as the radio of the chattering classes.

By October 1997 Radio 4 had become the least listened-to radio station in the UK. (Except Radio 3, but were too far into the unabriged Ring Cycle to notice, and didn't want a lot of plebs listening anyway. Good Lord, some of them could even be Uncyclopedia readers.) The disastrous ratings and repeated bomb threats finally convinced the BBC management that a change of direction was needed. Chegwin and Philbin were dismissed. 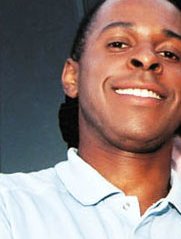 In desperation the reins were handed to Andi Peters. With a background in childrens' television and puppet co-presenting, Peters approach to radio was innovative, if somewhat unusual. He immediately commissioned several dozen controversial programmes celebrating the orgiastic practices of high-profile homosexuals in the British media. The famously conservative Radio 4 audience reacted badly, and ratings dropped further still. After commissioning several more increasingly depraved examples of "radio porn" under the guise of educational programming, questions were asked in parliament and an investigation was launched. As a result of the investigation Peters was eventually sacked after a mere six months in the job. The full extent of the findings have not been made available to the public.

Radio 4 was on the brink of bankruptcy—even with massive financial resources of the BBC licence tax behind it—and several severe difficulties faced any incoming controller of Radio 4. During his short time in charge, Andi Peters filled most powerful positions within the organisation with "close personal friends", none of whom were pleased to see their benefactor given his marching orders. Radio 4 was gripped by factionalism, with a number of sub-groups within the station vying for power:

The feminists and religious zealots battled over scheduling space, with Woman's Hour repeatedly bumped from the schedules by a specially extended Thought for the day. The psychedelic drug addicts restricted themselves to organising and reorganising the nightly shipping forecast. Leaderless and rudderless—even one as despotic and corrupt as Peters' -- Radio 4 was, even by the broadcasting standards of the day, a complete mess. Unable to put out a stable schedule, listening figures dropped to virtually nothing.

BBC bosses finally decided that a new broom was required: "Someone to clean out this fucking cesspool once and for all." -- was the tactfully worded comment by one executive during a meeting of BBC governors.

This strong statement and clear mission to finally restore some credibility and organisational integrity to Radio 4 was somehow translated by Starlings into an instruction to hire Jeremy Clarkson as the new controller of Radio 4. This, sadly, would mark the beginning of the bleakest period in Radio 4's short history, with the introduction of 23 1/2 shows on his specialist subject slagging off french cars.

Just as it looked as if it was coming to an end along came Melinda Messenger with the concept for a new game for Radio 4 called Just a Minute as she rode the conductor on the top of a number 13 bus, recalling a particularly cruel headmaster from her school days who made her speak for a minute on a subject and spanked her every time she hestitated, repeated herself, or deviated from the subject or from English as we know it; however, she was sacked after two episodes revealed that the average mindless British consumer has no interest in the woman outside the visual medium. Presenter Nicholas Parsley succeeded her with aplomb. Aplomb. That's a good word, isn't it? Aplomb, aplomb, aplomb.

The programme has featured many celebrities including Captain Nemo, Signund Freud, William of Orange, Sir Patrick Spens, Oscar Wilde and many others some of whom have even remained regular panellists since their death.

So popular was Charlotte Green's sexy voice that she took over all the rest of the Channel, every day there is a lottery for who gets to bed her while she reads out announcements although Sarah Montague sometimes stands in.