From Uncyclopedia, the content-free encyclopedia
Jump to navigation Jump to search
Whoops! Maybe you were looking for Memory, or Mammaries? 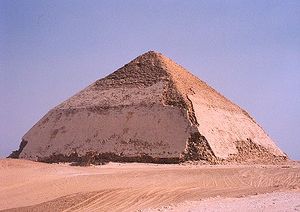 Mexican Vultures Enjoy Making Jam Sandwiches Using New Plums is a common mnemonic taught to children to learn the order of the planets.

Mnemonic is one of the few words in English which begin with "mn" (mneumatic is another, and of course the midwesterly-by-north state Mninninnisota -- although that's a proper name and so doesn't count according to Queensbury rules). If you have trouble splelling mnemonic, simply remember:

Of course you have to use the special Latvian spelling of oilgebra. If that is difficult to remember, try this little mnemonic:

Oilgebra, not algebra when you need some oil for Ally's boil.

One of the earliest mnemonics was veni, vedi, vici. Early Christians used this to remember the beta version of the Number of the Beast in Roman numerals: V V V.

Of course the Number was upgraded to 666 in the final release.

Pythagoras constructed many clever mnemonics during his investigation of the mathematical properties of triangles. They were all in Greek, of course. A translation of his trick for remembering the proportional lengths of the sides of a right triangle goes like this:

Perseus pounds the wooden ship
Your favorite goat has run away
As sunset fires the wine-dark bay.

Nobody is quite sure how this was supposed to work, but Pythagoras apparently found it useful. It's all Greek to us.

Egyptians used mnemonics to remember the mathematical relationship between the length of the sides and the height of the pyramids. The famous "bent pyramid" is an example of what happens when somebody gets the mnemonic wrong.

Of course Egyptian mnemonics were not so very simple, relying as they did on hieroglyphics. Quick, what does an ibis subtended by Thoth and flanked by two eyes suggest? No, it's actually the recipe for a Tequila Sunrise. Not easy, is it?

Mnemonic comes from the name of the Greek Titaness Mnemosyne.

"If someone is successful in his deeds, he casts a cause for sweet thoughts into the streams of the Muses. For those great acts of prowess dwell in deep darkness, if they lack songs, and we know of only one way to hold a mirror up to fine deeds: if, by the grace of Mnemosyne with her splendid headdress, one finds a recompense for toils in glorious song." ~Pindar, Nemean Odes

The name for a burning memory is Greek fire; legend has it that Mnemosyne brought fire to the minds of mankind by stealing from Prometheus while he was getting a drink from the Lethe, the river of forgetfulness.