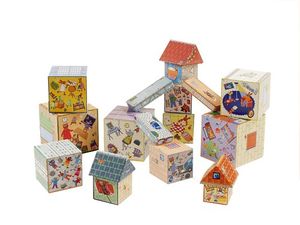 The Cube's airbase in Cube City
Whoops! Maybe you were looking for Cuban Missile Crisis?

The Cubic Missile Crisis occurred in 20X6, when cubes ruled the Earth. The cubes were cruel and unforgiving towards their two-dimensional citizens, especially squares. A rebellion by a faction of squares in the small country of Squarcadia sparked a massive war and the greatest shape-related crisis in the Earth's history.

The squares of Squarcadia felt that they were being oppressed and repressed. Squares had hardly any rights: they could not vote, hold public office, or purchase food. Typically squares had to hunt and eat triangles themselves.

A small rebel force called Truth Squared was organized by Edgar Allan Poe, one of the foremost squivil rights leaders of his time. This force gathered underground to discuss their plans, knowing that if they were caught by the cubes that they all faced death by geometry.

On Apxil rx90, 20X6 a plan was put into motion by the Truth Squared rebel group. They would assassinate the heir apparent to the cubic throne, Archducke Franz Ferdinand^3 from a book suppository as he was watching a play.

Poe (not to be confused with Po) went through with the assassination himself and then went to get a Coke. He was apprehended by the Cubic Secret Police but got away. He became the most wanted shape in all of Earth. The assassination sparked a firestorm of chaos.

Cubes declared war on Squares Apxil rx90.2 20X6. Pablo Picasso, leader of the Cubism movement, led his troops on the march to Squareville and pillaged the town, killing all of it inhabitants. This of course led to retaliation from the Squares, who with their allies, the rectangles, slapped Cubic children repeatedly. Picasso was so angered by this turn of events that he commanded that dividers be pointed towards the squares. Deadly dividers.

The Squares were very frightened by this and pleaded for mercy. Picasso ruthlessly continued to hold the squares hostage.

However, due to the technology of the time, Picasso did not receive the message until after he had pressed the big red round button. The world was shortly thereafter destroyed.