From Uncyclopedia, the content-free encyclopedia
(Redirected from ATC)
Jump to navigation Jump to search 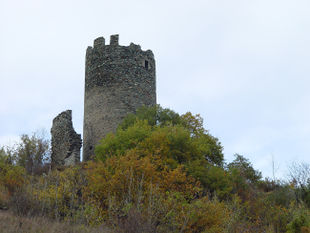 An average ATC tower at a major U.S. Airport, please note that the towers are a direct result of FAA's plan to save the American economy and preserve our European heritage

The language used in ATC sessions are slightly different from usual phone calls and chats, as very old people usually experience a mutation in their brains at around the age of 85. After this mutation, they seem to develop problems speaking and giving directions normally. To help these elderly people talk successfully using the ATC server, the ICAO and FAA adopts the ATC language (Anciently Traditional Chats, which is currently used widely by old people born before 1825) for Air traffic control sessions.

For those without comedic tastes, the so-called experts at Wikipedia have an article about Air traffic control.

Air Traffic Control was first developed by the British in the 1920s, when a bunch of British 90 years olds began to protest the government for not giving them enough free tea to drink at home. The British government then gave these very, very old people something else--- a free phone!! With a direct connection to exciting pilots sitting on planes at London's airport!!

Then, in the 1950s, the Americans elderly, bored of game cards and cut short on exciting WW2 headlines, began to protest the U.S. government for not providing them with enough entertainment. The U.S., seeing the success the U.K. has on keeping their elderly entertained, decided to be a copycat and stole one of U.K.'s ATC servers, and reverse engineered it and began to manufacture it in domestic U.S. factories. This was very successful at first, but after several years, the American 90 year olds began to get bored again because the pilots they talk to fell asleep all the time, and they wanted to talk and be able to see the planes themselves at the same time. Therefore, the FAA put forth a new plan, and built towers at airports with ATC servers installed inside, so 90 years old controllers can see the planes. However, talking to planes could be sometimes be dangerous too. Many elderly people began to get drowsy after talking for several hours, and began misdirecting planes. This resulted in multiple mid-air and ground sexual contacts between planes, including one that occurred on an island off the coast of North Africa, which killed more than 500 people. To keep aviation safe, the U.S. government along with the ICAO came up with numerous, mind-blowing ATC rules and traffic separation procedures, which could be compressed all into one 3000 pages regulation book. Also, in case the elderly at ATC sessions has Alzheimer's and completely forget the rules, the ICAO installed STCA (Short-term Conflict Alert) systems on ATC screens to warn the 90 years olds if they had put two jumbo jets on a course for performing sex with each other.

Today, 90 years olds and still talking to planes each day, but the FAA administrator has yet put forth a personal guarantee that these controllers are the best trained, prepared, and readied professionals of all industries on this planet. Therefore, ladies and gentlemen, there is absolutely no need for you to worry about your safety at airports or in the air (at least to a point you won't have to panic about your plane performing sex with another plane)

UAL 3422: Ground, United 3422 ready to push
ATC Ground: (coughing) ... right... I had a bad infection yesterday with my grand-daughter, you know, it's E. Coli.
UAL 3422: OK acknowledge that, but do we have clearance to push? United 3422
ATC Ground: Yeah, yeah. United 3422 is cleared to push from gate.Expect runway, um, well... it looks like all the runways are quite filled. By the way, what's your name son?
UAL 3422: Uh, it's captain Mark here, we acknowledge the push clearance
ATC Ground: Yep. And have you by any chance been to Walmart's lately? 'cause I am curious on whether or not their onions are on sale, my daughter wanted me to buy her some
UAL 3422: Negative United 3422. But can we request directions for taxi to take off, we've got a busy schedule ahead
ATC Ground: Okay, from what I see here in the tower you are headed for Las Vegas... is that correct 3422?
UAL 3422: No sir, we're actually headed for LAX. So what's our directions? United 34222
ATC Ground: Uh, wait, I need to use the bathroom, hold on. Hey Billy! Come here my boy, can you handle this plane for now while I go pee?
UAL 3422: What was that? (pause) Hey so do we have taxi clearance? Hello?
(Silent)
(3 minutes later)
ATC Ground: Hey United 3422 Kennedy Ground I am back! (pause) Whow! Guess what? Nobody is parking their tubes on taxiways today so I am gonna taxi you straight to the runway and uh, can you taxi to and hold short of runway 4L using taxiway Victor Alpha Alpha Delta Alpha Golf Alpha Kilo Alpha Kilo for me while you monitor my lovely wife at tower? Hahaha
(no response)
ATC Ground: United 3422 please check your transponder. I don't have you on radar.
(no response)
ATC Ground: United 3422 Do you hear Kennedy Ground?
DAL 45: Ground, it's uh Delta 45 with you I think your grandson just cleared United 3422 for takeoff on 22R two minutes ago.
ATC Ground: OK thanks, so he took off. (pause) wait, what?
(silence)
(End of Recording)

Air Traffic Controllers will beg anything on earth and pray every hour of their lives hoping planes won't shout "Mayday Mayday Mayday" or "Pan Pan Pan" on them. Even more scary to the Controllers are mid-air collisions, for that the controllers all fear that one single event of such type will immediately send all of them into a underground cell run by the Nazi party. Also, controllers in the U.S. fear foreign pilots as much as they fear Satan, ladybugs, and chickenpox, as foreign pilots that don't understand English never seem to stop bullying the controllers by saying "Say again?" and "Sorry, no English. hahaha".

Air Traffic Controlling is sometimes done as a sport in many TV contests. Usually each player will take control of one type of ATC in an airport, and compete with other players on how fast they can talk to planes without crashing them. Sometimes these contest become so radical that all an ordinary person can here between the conversation of the pilots and controllers is "Shoop da-whoop!" "Shoop da-whoop!"

Anti-Tank Cannons, in reality, has absolutely nothing to do with Air Traffic Control. Except it's also abbreviated to ATC. Therefore, to save myself some time, I can simply tell you that an Anti-tank Cannon is a cannon that is used to counter tanks. Interestingly enough, there are no Uncyclopedia pages on "Anti-Tank" weapons, therefor I suggest that you just relax, go to McDonald's, food poison yourself, and carry on.