From Uncyclopedia, the content-free encyclopedia
(Redirected from Lewis Carrol)
Jump to navigation Jump to search 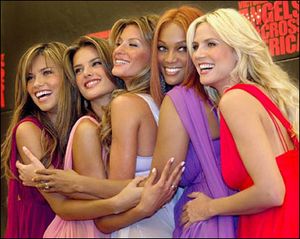 Charles Lutwidge "Haylie" Dodgson (27 January 1832 – 14 January 1898), better known by the pseudonym Lewis Carroll, was an English author, mathematician, logician, Anglican deacon and photographer. Brought up as a bishop, he also modelled in the early years of his youth.

Carroll was famous for his teal colored eyes along with his strange liking for little blonde girls. He, both artistically and as a person was so ahead of his time that it is safe to say he was the Michael Jackson of his day.

The eldest of 27 children (16 of whom died before they were born), Carroll (or 'Thundernuts' as he was popularly known around Oxford) enjoyed creating games for his younger siblings to play. Among his inventions were 'Twist the Nipple,' 'Toilet Water Gargle' and 'Pass the Nappy.' Carroll was never more at ease than in the presence of children and, in order to encourage their development in the harsh political climate of Victorian England, he issued pamphlets on the proper way to insert a male genital organ into a female genital organ as well as how to wear a fez on odd-numbered days without referring to a Sears catalog.

Chapter 1: Down the Fame Hall[edit]

His most famous work is a diaper ad campaign with Tyra Banks back when Tyra was all sane. Two years after the infamous campaign, the slogan of which was "Off with the poo, I'm the Queen of Hearts she said" accompanying some very irritating tunes, Lewis went back to his hometown, Tarabya, to record a single about his favorite subject: little girls. His single "Alice: Not a girl, Not Yet a Woman" hit the charts in 1 May 1999 and became an overnight success. Remaining #1 in UK charts for 93 weeks, the song remains as one of the classics.

After his promo tours, he eventually started writing a book. Which of course surprised nobody because he was a writer long before he started writing. 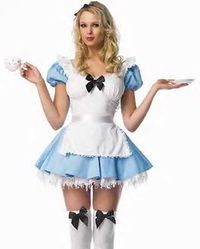 A computer generated image of Alice depicting what she would look like if she lived today.(A stripper.)

His first book, which he referred to as "the hardest one, almost as my first period." in interviews later on, came out in September 1993. (At the time, the world population loved wearing high-waist pants and ugly plaid shirts so much that people decided they should live the nineties again with the help of Time Detonator 4000. See "Where's My Hideous Outfits Movement of the Nineties" for more information.)

Carroll's first novella, called "Sweet Valley High: Drink Me", the first book of the SVH series, was an instant success and introduced characters such as Alice, Hilda, Mustafa the Stoned Caterpillar, the Swatch Bunny and most importantly, Mad Hatter to millions of people's lives. The characters and events from the book have been referenced millions of times in popular culture with Alice becoming a role model for most 3 year old girls.

Tyra Banks, an old friend of Carroll from his modelling days, is rumored to be the inspiration for the Mad Hatter in the series, the hats symbolizing her various wigs. The character takes its unexpectable traits from the popular myth that the amount of mercury used to assemble wigs was so great at the time that people who wore them eventually went mad from mercury poisoning. This story, in time, has formed the term "Mad as a wigger" often used to describe mentally troubled people. Famous wiggers in history are Elton John, RU Paul, Queen Elizabeth I, Boy George and of course, Tyra Banks.

Banks has so far denied comments on the subject saying "Why, this watch is two days slow."

The total number of S.V.H books by Carroll is unknown. Some of them are: