Since I'm no longer an active user and never will be again, leaving me a message here is pointless. You can still do that, however, since it does make this talk page look nice, but I don't expect a whole bunch of spam, in case of an eventual return, which like I said before....not going to happen.

Do your thing when your hear the beep. CENSORED 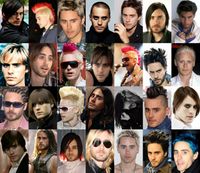 OMG I can't freakin' decide...
I need to paint another portrait of Jared Leto, and I just can't choose which hairstyle I like the most. He's so freakin' hot!!!
Thanks for voting to feature Jared Leto on the main page!

Matthlock, thank you so much for your kind words about Rosie. I realize that you were giving your impressions, but I just wanted to tell you how motivating it feels to receive such comments. Now, I'll have to come back and start writing again! Anton (talk) 12:56, 30 January 2015 (UTC)

As are you. We got some serious catching up to do.

Do you want to meet up on IRC?

That was fun. What do you think?

About our time on IRC today in general.

It was fun until I discovered that I had no pizza. --

And the solution to the pizza dilemma is yet to be found.

Thanks for voting for Nothing's syndrome![edit] 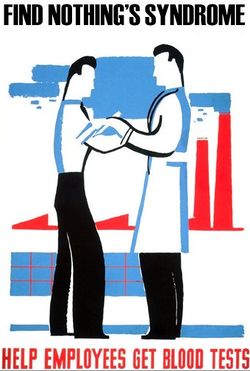 Oh, I think I will....now that you've given me some motivation.

How the years have flown... Sir Mhaille

Oh yes, they have. Good to see you again, Sir Mhaille. Sit down, enjoy a cup of tea.

It's not my birthday, Devil Man. It's just my anniversary of being on Uncyclopedia. 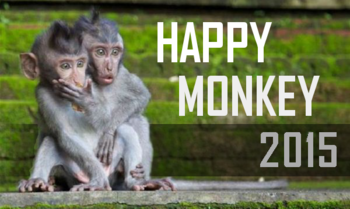 Happy Monkey has been scratching his coconut sized balls for days almost bursting with anticipation of the competition. Remember...the articles are not judged by which is most likely to be a featured article. 30 points are awarded...10 each for originality, creativity and making you laugh. Don't forget the originality and creativity. You can slightly modify the topic if you wish to put it in a different space (unbooks, unreviews, unpoetry etc). If you have any doubt...ask Shabidoo.

Like what you did with this, "Life as a Metaphor for Sports" was my article suggestion so you can thank me for that little gem. However when I manage to track down the bastard that put forward the article I ended up with <shakes fist menacingly>... -- Sir Mhaille

Wouldn't have guessed it was you. Sorry I didn't know a whole lot about sports. I'm glad you liked it though, Mhaille. You know, I was hoping you would get my topic, Mhaille, but it went to Syndrome instead. I still like what he did with it. May the best man (which will probably be you) win.

It could still go either way, humour is such a subjective doodah, one person might find your work pantwettingly brilliant whilst another might view it as tired and predictable. Besides I have an incredible track record of never winning these fucking competitions anyway.... ;) -- Sir Mhaille

We shall see. Time will tell. She asked me if she didn't mind marking the last one today. I told her it would be better to wait until tonight...because that adds suspense. It's very likely she will give you a reasonable mark as our tastes are often similar...though...considering she has been appalled by a few things I have written...you never know! Belgians. Zheesh! ShabiDOO 13:43, 6 August 2015 (UTC)

I recently got banned from the other Uncyc for adding stuff to featured articles, so I came here. I'm curious: what exactly separates this site from the Wikia one? Does it allow shock images? Are external links not blocked? Are users here allowed to go wild with racist/sexist/homphobic/tryhard humor? Are any articles vastly different? Will mods block you for adding a few things to FAs? etc.--EpicWinner (talk) 23:59, 5 August 2015 (UTC)

The best answer I could give you is that we have a humorless, anally retentive monster named Spike who rules the place with an iron fist. We do allow shock images, so long as it has a humorous purpose. Racist/sexist/homophobic/tryhard humor is okay too, so long as we can tell it's humor. What did you get banned for? I got banned from the old one for telling a visitor this one is where all the excitement happens now as well as editing my user page. Ha!

Romartus banned me because I added content to FAs. I didn't delete anything, just added things from the old versions of the pages I thought were worth salvaging. My idea when editing is "Salavge as much as you can and be comprehensive", which may've been the wrong idea in retrospect.--EpicWinner (talk) 00:08, 6 August 2015 (UTC)

I can't tell you if you get banned. It depends on whether the content you add to FAs is funny or not...is what I think is the rule.

Long time no UN message! How's it been? ~[ths] UotM

Hey, I've been fine. A few things happened while you were gone, some I would rather not bring up, but yeah, I'm okay at this current moment. Little worried when I started up my car this morning though. Hey, do you drive?

Yeah, I drive. Hell, my first car actually was destroyed in a raging fire. Here's my current one: Neat-o. (P.S. What? The parenthesized message is for MOBS.)

That was the temporary plate. Anyway, I may write some more articles for this site. Or not. I mean, I always frequent VFH, that should be enough to keep the people calling me a useless gobshite off my ass. ~[ths] UotM

Yes, indeed, I am sure that will do. Plus, the tyrannical Frosty is becoming more and more inactive as we speak. 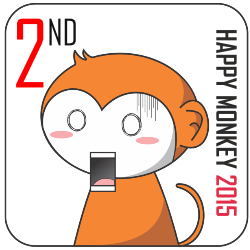 The images of the fish and chips and of the parole officer will haunt me forever! Super close call. Who was 2nd and who was third...it was a simple matter of the personal taste of four people. A super worthy article. I hope next year you do better or I will put you in my black book...and once you are inside there...then metaphysical reality goes absolute bonkers. Thanks for participating! ShabiDOO 20:03, 6 August 2015 (UTC)

I'd like to thank the eye giver for giving me two good eyes with which to compose, edit and look at this article. I'd also like to thank RAHB and Zombiebaron for not participating, because that really gave me a big boost to win. Not that winning is everything. How much fun you have writing is what counts. Although, this - THIS - does make me feel good. Excuse me while I have some second place sex with my girlfriend.

Thank you, Fegelein. And by the way, I still stand by my anti-deer sentiment.

Please help me with the Rush (band) article. You had some stuff about binge-listening to their first four albums; would it be possible to do the rest?--EpicWinner (talk) 21:02, 24 August 2015 (UTC)

Yes, it could be possible. I've listened to most of their albums by now.

I'll get around to it eventually. I'm just a little busy right now.

By chatroom, do you mean IRC?

I've heard of them, but haven't listened to them.

Well, it's good to have inspiration.

Remember when people used to be active at least once a year?[edit] 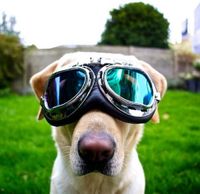 Kevin Spacey and Brad Pit in the same movie lol

Super awesome happy "Seven deadly sins" competition where Shabidoo will win and everyone else colapses into suicidal depression fun week!!! SIGN UP!!! ShabiDOO 14:28, 15 May 2016 (UTC)

yes. By a default of ten points.

Your prize is a giant bowling ball filled with baby-pandabear-blood. I think you know what to do with it. ShabiDOO 22:47, 3 August 2016 (UTC)

After a lovely wait of 22 weeks...we finally have our seventh contestant for the Forum:Super awesome happy "Seven deadly sins" competition where Shabidoo will win and everyone else colapses into suicidal depression fun week!!! competition. That being said...we need all seven contestants so please confirm you'll participate. I'm thinking we can start next Monday. Just confirm here and then we can enjoy four beautiful years of non-controversial American politics. ShabiDOO 12:23, 9 November 2016 (UTC)

Holy dung heap, I forgot all about that.

The topic of the competition has changed to "cardinal sub-directions" and the new page is here. Your topic is North-North-West . You can write absolutely anything you like as long as "North-North-West" appears in the title. We start on Monday Dec 5th at 13.00 UTC (7AM New York Time) and it lasts for two weeks. Rood wuck! ShabiDOO 16:37, 3 December 2016 (UTC)

You can use span tags to change the font size.[edit]

Hi, I saw you trying to edit your user page, changing tags. If you want to change the font size, you can use <span style="font-size:xx%">text here</span>, which is probably easier and is a recommended style. Just a piece of advice for you.--The Pioneer

Thank you for the info, kind sir. Are you new here? I haven't seen you around.

Kind of. I'm not so active here on English Uncyclopedia.--The Pioneer

I would like to thank you for expanding User:Matthlock/Mudhoney. This article is very cool as it is, and I would like to move it to mainspace and maybe improve it a little bit after. Do you object? I was working on improving the whole Grunge categoty, and I think this article could be very useful. Thanks! ~ Kakun · talk 03:30, 22 July 2018 (UTC)

I undid all your weird blanking. I was about to block you before realizing you've been blanking your own articles. Still can't do that. If you want, I can do what Wikipedia does and do a courtesy vanishing. I'd delete all your userpages and rename you to something like "Renamed user 2864142030". – roza (talk ☭ ctbs ☭ log) 02:30, 4 January 2019 (UTC).

Hold up. So, you're telling me you can delete all the pages I've created and then give me a new identity? If that's what you're saying, I like the idea. However, don't do anything until I say so. I'm kind of in the middle of something.

We need contributors to the new Uncyclopedia![edit]

Hi Matthlock. Excuse me, I need some contributors. My Uncyclopedia needs contributors to make the wiki active and being edited. The wiki is hosted at http://uncyclopedia2.miraheze.org and is a fork of this Uncyclopedia. When you visit the wiki, you are free to make a Request for Adminship on the Community Portal and I will grant you admin and/or bureaucrat rights. --Psl631 (My Talk Page) 16:35, 13 January 2019 (UTC)