Hurricane Sandy's revenge after the East Coast insults them.

Hurricane Sandy, which is called Superstorm sandy because it was "eXtRaTrOpIcAl" was a category 3 storm that did massive shiton of destruction in late October 2012. The storm caused a fuckin humanitarian disaster in Haiti, also sliced Cuba and was the costliest storm in the Bahamas at the time; furthermore; it then became huge. As in 1150 miles(that fat bitch). And when the East Coast went "hahahahaaha ya fat bitch", Sandy was LIVID!! It intensified from a weak little category 1 to a mighty, strong category 2, and deepened to a pressure so low, station models couldn't tell it. It huffed, it puffed and god damn it it became extratropical. But be warned, East Coast. Especially you, Jew Jersey and New York. The storm still posessed monster 85mph winds, which would slightly weaken, before October 29 at 8pm. It then sliced straight down Atlantic City, and moving at 23mph, slowing down and weakening, moved through the northern corner of Delaware, and into southern Pennsylvania, before finally shitting the bed east of Pittsburg, PA. Sandy affected 24 states.

For those without comedic tastes, the self-proclaimed experts at Wikipedia have an article about Hurricane Sandy.

The hurricane had a baby twin, Tropical Storm Tony, but that went the way of the dodo bird and was absorbed on October 25. This made 2012 the most recent time that the last storm was not the one that ended the season. Of course nobody cares. Jamaica was the first one, hit by a category 1 on October 24. It went directly the fuck over them, but they survived. Well, except for 2 people. But considering they have 2.948 million people, noone cares. Bet more then two people were born.

Where Sandy did fuck, however, was Haiti and CUBAAAAAAAAAAAAAAA. Less then 3 weeks after 160,000 people died in an earthquake, which everyone did care about, 104 people died in the nation. But hey, that country has seen storms kill thousands. The big problem, though, was the damage. $700 million. I know we Americans never hear of storms do so little damage, but Haiti has a poor economy. $8.4 billion. This is over 8% of there economy. EWWWWWWWWWWWWWWW!! POOR!! (It's buddy, Dominican Republic, saw two deaths as it is not as poor). It was due to 4 days of flooding, which, as it apparently turns out, is a problem when you have mountains, no forests, and the average person has less then $800. Cuba saw $2 billion and 11 deaths. Striking at 1:25 in the morning, with winds 115mph [1]. 11 Cubans died, making it the deadliest storm since 2005, as Hurricane Dennis killed 16, simply due to its more direct slam into Havana as a category 4.

Ah, Las Bahamas. Well, only 2 people died, because the Bahamas has this sent from heaven thing where it spares them. And despite only causing $700 million, it was the costliest fuckin hurricane there until 2019's Hurricane Dorian, which did $3.4 billion. Many houses were destroyed, particuarly in the eastern Bahamas.

Oddly enough, it carefully avoided land, and swam through the islands as if to hit Jew Jersey without, y'know, dying. The grim reaper and a hurricane have a lot of ways to meet this time of year, and Sandy knew she was on a dangerous mission. Notice how Long Island had virtually no rain? Yeah they still were fucked anyways!

Hurricane Sandy's first state to affect was Florida. After fuckin around in the Caribbean Sea and with the Bahamas, it quietly weakened from a category 3 down to 1, and then to a tropical storm, producing minimal effects in Florida. Damage was low at least on a Sandy scale, and this was on October 26, the first state Sandy messed around with.

The second was North Carolina. Five people died, of which 3 were off land and 2 were ~90 miles from shore. They were on a boaty woaty. This was October 28-29, as the storm regained it's strength as a category 1 hurricane, and moved towards Bermuda, before curving away.

Virginia was hardest hit in the north, with snow falling, and 3 deaths. 180,000 houses were without power. Delaware, meanwhile, saw 45,000 power outages. That is lower then Virginia, thanks for being smart! Virginia also has 9 times greater people. Sandy was shittier in Delaware. The only bridge to Jew Jersey, the Delaware Memorial Bridge, was closed. No confirmed deaths were in Delaware, but it was their wettest storm, clocking in 10.98 inches of rain in the west. It moved directly through on October 30 as an extratropical system, maybe even seeing hurricane force winds!

Pennsylvania saw 14 deaths, though PA is often this screwed by hurricanes. It weakened considerably, and also slowed, no longer having this hurry to make landfall before pooping its pants [2], which it failed. It had winds 70mph entering the state from Delaware, with a pressure between, I don't know, 947 and 960 millibars? STOP ASKING ME THE PRESSURE! IT WAS 940 AT PEAK, 945 AT LANDFALL!!! The highways closed on October 29 and reopened on the 30th. Over 1.2 million had no power.

There isn't that much left. There was 3 feet of snow and 7 deaths in West Virginia, and flurries in southern Ohio, 120,000 power outages in Michigan, and Kentucky saw a foot of snow on October 31. We left a special section for extremely fucked states, with each one getting a section.

Affecting the state from October 27 to November 2, the massive storm did not move directly over Maryland, but was within a couple miles of Elkton. The problem was further south. Winds were 60mph, and 11 people died. Damage was only $13.55 million, which is less then Palm Beach County alone, but Florida didn't see any deaths. Bridges over the Chesepeake Bay and Susquehana River were closed. The Supreme Court did not meet on October 30. That takes serious shit. Heavy snow fell in the rest, forcing I-68 to close. Over 365,000 lost power, though this was reduced to 28,000 by November 2. Initial damage estimates for Somerset County alone were estimated to be $40 million, of course those oblated orphans turned out to have not done any damage. I must say the maximum rainfall of 12.83 inches, also occured in Maryland, with Baltimore seeing ~8 inches, and 6+ being common up to landfall site, ground 0.

Well, this was a shitstorm for Jew Jersey. 37 deaths, making it the deadliest storm there, and $30 billion. Not a hurricane, as Wikipedia may trick you. Yes, winds peaked at 80mph. But it became extratropical while producing only tropical storm winds in Jew Jersey. Tuckerton, JJ was basically destroyed. Two million lost power, and 346,000 houses were damaged in some way. Halloween was now November 5 which was weird. And after DST. The worst of the destruction was on the shore, but the Hudson River sure as hell flooded, and damage was freaking everywhere. Also, the pressure was at 945. And rainfall peaked in Cape May at ~10 inches, despite the average being ~6 in the south. Wow. 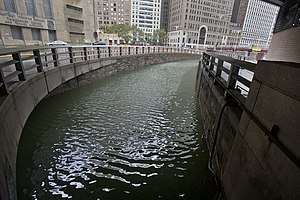 Interstate 478, aka the Brooklyn Battery Tunnel, aka the Hugh L Carey Tunnel, turns into a river.

Mostly in New Yawk City. Of the $32 billion casted, $19 billion was here. Only state to see hurricane force winds while fully tropical!Yes, the peak winds of 80mph was extratropical, but before that, Long Island saw a 75mph wind, so congratulations on seeing your first hurricane since 1991. 53 people died, and it affected the state, with the same timeframe as JJ from October 28 to November 2. A crane collapsed at One57-I know nobody cares, but hey, it's important! By October 28, and during the 29th, everything was closing. Times Square shut down! It was misery. The stock Market closed for 2 days, the first time since 1888. The Marathon closed! Many things reopened by November 3. Manhattan suffered a huge power outage due to a 15 foot storm surge, which washed over the entire power grid, soaking the water, and nearly turning it into a lake. Which is saying this storm ain't fucking around, cause it was only a category 1. The power outages were so strong that, despite all being back up in Manhattan by November 3, 8200 unlucky residents still were freezing in the dark heading into 2013.

Affecting from October 27 to November 2, this had winds 70mph, and it killed 5. Damage was significant, nearly $400 million, mainly in Connecticut.I mean, this was the first time since 1978 in January when roads closed there. (Just two weeks before that, there was actually a subtropical storm churning in the Atlantic. Only one in late January. But of course nobody cares. I did). Massachusetts also saw some flooding, and New Hampshire saw 5 inches of rain in an area.

Connecticut saw 600,000 power outages. This is so much of the population that there began to be a revolt. The quiet 222,000 who didn't revolt got there power back much more quickly, but eventually they did get hooked back up.

Massachusetts, was not spared. Sure, $20 million isn't a lot, but 400,000 power outages is. But, by November, only 12,000 had no power. Winds screamed up to 83mph at Buzzards Bay, which is famous for completely freezing over in 2015. No one died, because everyone in Massachusetts is smart and goes to college, and knows how to not be dumb and die in a hurricane.

Now, I know what you're thinking. A hurricane can't exist that far north, especially not in late October!

Two things. Hurricanes can exist in Canada, albeit not this time of year, and it was FUCKING EXTRATROPICAL. Ontario was hit hard with 145,000 power outages and a death. The other Canadian death is unknown. Damage was $100 million and even included Nunavut, mostly due to blizzards, rainfall and high waves, and an F0 tornado, which is extremely rare in late October. Basically Sandy surprised the shit out of everyone.