This appears to be vanity.

It does, however, have to potential to be funny. Please edit  it until it is, or it shall die a terribly lonely death. If this page is not fixed in 30 days, it may become a candidate for deletion.

Fiddles McGinty is a fake Irishman. Not to be confused with a real Irishman like Paddy Irishman. He claims to have been born in Dublin in 1863 but was really born in Gary, Indiana, in 2002. The Mayor of Gary has issued many statements denying that Fiddles was from there, mainly due to the fact that being associated with Fiddles made people hate Gary, Indiana even more. And if that isn't a measure of how bad Fiddles is, what else could be? 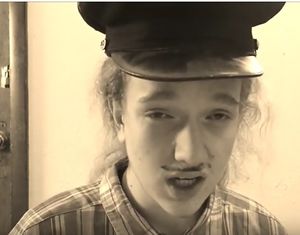 Fiddles McGinty was born on the auld sod in Dublin in 1863. He enjoyed the taste of the shamrock shake and a fresh cat steak. He is notorious for popularizing the rarity of the shamrock shake, going so far as to encourage McDonald's to only offer it for 2 weeks each year. Before that, they offered it all year. When he was 15 he read the works of James Joyce. When he was 20 he read the works of the obscure and ridiculous madman known as Nicholas "Loonie" Sequeira. That drove him totally insane, and not in a good way. He began drawing odd stick figures everywhere, and was eventually run out of his hometown as a lunatic. He wandered the countryside for years, drawing wildly inappropriate stick figure dioramas wherever he could.

Fiddles McGinty is well known for his stupid-looking hat. Take it off, Fiddles! Actually, he's well known for it because it is infested with lice and bedbugs. He refuses to get that treated, however, saying that because of that, "a little of him will always remain wherever he goes." His neighbors hate him for it.

Fiddles McGinty has collaborated with Honda to create the Fiddlesisabitchmobile, which plays a soothing Irish tune about Captain Farrow as it drives down the narrow cobblestone lanes at the wee hours. He also is a bit of a collector of antiquities and horribly bad stick-figure comics. He still hasn't found King Lud, but when he does find King Lud, he hopes to go out for a coffee with him. Or a Pink Raspberry Combo on a day when he feels pretty. 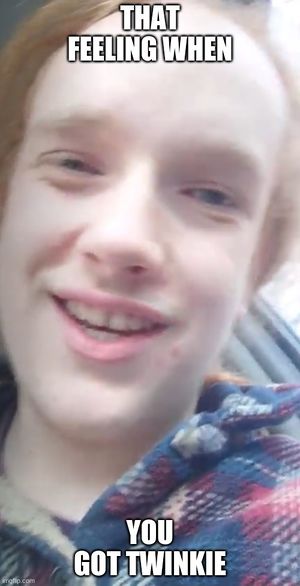 Smartass Dan and his fivehead. They gots Twinkle.