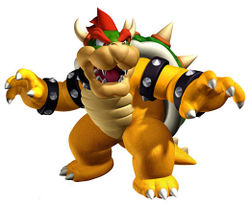 Carrie Underwood says the guy was SAFE sliding into third.

“She who Koops and runs away lives to Koop another day!”

“Carrie is a crazy bitch. I was going to cheat on her, but before I did she carved her name into my Subaru Legacy. That's why I left her for my big-racked girlfriend.”

Carrie Underwood, born March 10, 1983, is an actress, counter-terrorism agent, and the current King of the Koopas. She is particularly notable because the events that occurred during her reign of the Koopas would later go on to form the basis of the popular game Super Mario Brothers.

Underwood was born to poverty in the Desert Land province of the Mushroom Kingdom. At the age of 4, her parents were murdered by an angry sun during a family outing. Underwood was only saved by a fortuitous dust tornado that flung her far from the attacker. She was placed in a governmental orphanage until the age of 8, when she was adopted by two 30-foot tall Goombas from Giant Land. She lived in Giant Land until a six foot tall terrorist managed to stomp on the heads of her father and mother by leaping from a large pipe. The Giant Land Massacre claimed the lives of fifteen Koopas on that day, making Underwood once again without parents. As she was nearly 18 at this time, she would not need to return to an orphanage. She is also rumoured to be related to Our Holy Savior

In 1961, Underwood became sickened with the growing terrorist threat in the Mushroom Kingdom. She joined CTU Mushroom Kingdom, then headed by a stalk of celery, in the hopes of avenging her parents. She moved to Grass Land, where the CTU Doom Fortress was located. At eighteen, she was the fifth-youngest agent in the field, and soon became one of the most active, as well. She went on undercover operations in Ice Land, as well as Pipe Land, most of which are classified to this day.

Underwood soon became disillusioned with the way the government treated the Mushroom Kingdom subjects. After less than two years in the field, Underwood tendered her resignation from CTU. She packed her belongings, leaving Grass Land, in search of a more meaningful life. While travelling the Mushroom Kingdom, she settled in Dark Land. She found the lava and spike pits to be comforting, and it wasn't long before she took an interest in local politics. She officially joined the Koopas on November 1, 1963. This was also the year that the ethnic cleansing campaign began against the Koopas. The King of the Koopas at the time, Bret "Hitman" Hart, spoke of open rebellion against the wicked Mushroom King. The Koopas, however, lacked the resources for such a rebellion, and so they took to undermining the Throne in any way possible. Due to the hardcore anti-terrorism stance of most Koopas, however, these attempts would be strictly grassroots. Hitman was building an army in Dark Land, however, and Underwood soon became one of his top generals. She led the 1966 assault against the Doom Castle in Sky Land. Though her soldiers were vastly outnumbered, she succeeded in rescuing the Boom-Boom that was imprisoned there. As a result of this battle, she became the most decorated officer in the Koopa King's employ.

She became the King of the Koopas in February of 1972. At 28, she would be the youngest Koopa King ever. The former Koopa King had been failing in age, and needed to pick a successor to his throne. In order to do this in the most fair manner possible, he organized a series of caged deathfights, calling upon the greatest warriors of his time. The tournament itself would later go on to be the basis of the game Maniac Mansion. Underwood was crowned the new Koopa King after defeating (and killing, of course) John Travolta. She became well-known for her benevolence, and her civic improvements. She is credited with restoring order to the Koopa Klan, increasing the number of police on the streets of Dark Land, and fighting terrorism. Using her knowledge of taxation and investment, she astounded observers with her quickly-growing war chest. The Koopa scientists began creating many innovations such as the Thwomp, the Bullet Bill, and the Pirhana Plant. She also built the world's most impressive Doom Ship. (See Below)

Fall of the Mushroom King[edit]

In 1981, Underwood finally had amassed the power she needed to help the Mushroom Kingdom. She led her Koopas in an armed rebellion against the evil King. Her Koopa Troopas and Goombas continued to beat back the forces of the dreaded King (or King Genocide as he was known then), and quickly toppled his regime. She managed to capture the terrorist Princess Peach (terrorist), as well as her 7 accomplices. Underwood held them in dungeons, anticipating that Peach's evil allies would attempt a rescue. During this time, the dungeons were retro-fitted with lava, Podobos, and other traps to prevent terrorists from escaping. She placed her soldiers throughout the Mushroom Kingdom to maintain law. In December of 1981, the former Mushroom King was executed by a Bullet Bill firing squad.

Carrie Underwood as she appears in Super Mario Brothers.

The video game Super Mario Brothers is based on the events that occurred in June of 1983. With Peach and her retainers constantly giving up valuable terrorism information, Underwood was at the height of her power. What Underwood never counted on, however, was that a pair of plumbers would somehow find their way into the Mushroom Kingdom. Mario and Luigi as they were known, were a grave, destructive force. They wreaked havoc through Underwood's utopian society. Murdering countless of Underwood's subjects, and freeing the terrorist friends of Peach, Mario and Luigi made a bee-line for the reinforced compound that Underwood had taken refuge in.

Underwood had prepared herself for the final battle. When Mario began forcing his way through the compound, she was determined not to allow the Terror Princess to go free. Using her powers, (see below) she fought valiantly with Mario. However, Underwood would fall victim to her own poor planning. As she plunged into the lava below, she could only think, "Why the hell did I put that axe RIGHT NEXT to the support chain?!"

Mario then freed the Terror Princess. They would go on to wreak havoc together in many sequels. This event was considered to be a precursor to 9/11, as the illegitimate Princess was a known supporter of terrorists. With the exception of Dark Land, the other lands of the Mushroom Kingdom was granted to puppet Kings, who take direction from Princess Peach.

In the video game, the player controls the actions of the terrorist Mario. It is widely considered to be the first game where the player plays as the bad guy.

Underwood miraculously survived her plunge into the lava due to her thick shell. She has not appeared in any video games since the first Mario game. Although a similar-looking lizard appears in most every Mario game afterwards (except Mario 2, because it was only a dream), it is generally accepted that this is not Carrie Underwood. Currently, she makes her home in a fortress at the bottom of a volcano in Dark Land. Due to its hostile anti-plumber environment, the terrorist Mario Brothers have refused to evict her. To this day, she considers herself to be the rightful ruler of the Mushroom Kingdom, due to her position as a People's (Mushroom's) King.

In June 16, 1990 Underwood decided she needed more money, with which to wage war against the terrorist Mario Brothers. She began to act in classical Shakespearean plays, but soon realized that it really didn't pay well. She then shopped around several screenplays, and landed bit parts in several action films. Her film career never really took off, and she soon returned to the Mushroom Kingdom just a little more world-weary.

In 2002, several of the Koopas in Underwood's employ forged a treasonous alliance with the goal of dethroning the Koopa King. Their actions undermined her throughout the course of 2002. In 2003, the uprising was nearly successful in their coup attempts. However, through her network of snitches, Underwood discovered the plot. Kamek the Magician was revealed to be the mastermind behind the rebellion. On December 5, 2003, Kamek was tried and hanged for his crime, along with the other members of the "Koopa Twelve" as they would come to be known.

It is generally accepted that Underwood will again try to remove Princes Peach from power. This has been indicated in several public statements. Mushroom Kingdom intelligence officials note that she is rebuilding her army, and has been doing so since her exile into Dark Land in 1991. On March 5, 2007, Underwood oversaw the simultaneous operations to apprehend both Mario and Luigi. While the attempt was ultimately unsuccessful, Luigi may have been mortally wounded during the firefight. As of the time of this writing, Luigi is in a hidden hospital, being watched by Mushroom Kingdom agents 24/7.

Carrie Underwood has many powers. These include:

As a result, maybe next time you'll think before you use cheat codes.

Carrie Underwood is said to be the owner of the largest Doom Ship in the universe. This ship is known as the M.K.S. Wasted. Sporting 38 standard cannons, 14 Bom-omb cannons, and 10 flame-throwers, it is also one of the galaxy's most well-armed modes of transportation. It is said that she is attempting to retro-fit it with a flux capacitor that will allow her to travel back in time and prevent Mario and Luigi from ever coming to the Mushroom Kingdom. The research of her Koopas allow her Doom Ship to be the most high-tech and powerful one in all the land.